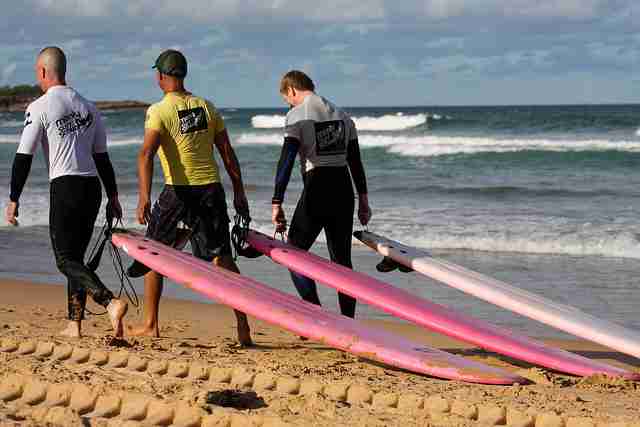 People Hate Drag – How Do You Eliminate it?

I just got back from a quick trip to LA, and I could not believe how bad the traffic is there. Whenever I needed to get somewhere quickly, people just seemed to be driving like complete imbeciles – straddling lanes, going slowly in the fast lane, dawdling here and there – it’s maddening at normal times, and even worse when you are trying to get somewhere quickly. I like to think of this as the concept of drag, which I define as the difference between a customer’s seamless ideal experience and the experience they actually get. Some people call it friction.

As an example, and the lack thereof, let’s look at Uber. Pre-Uber, how did we call a cab? We either stood on a corner and waved one down, never sure if or when we would be able to get one, or we called one on the phone, never sure when it would arrive. Once one showed up, we got it, having no idea what it was like inside or what the driver was like. Once inside, not only were we barraged with advertising, we had to trust that the driver would take us directly to where we wanted to go and not take some circuitous route that would rack up the miles to pad their wallets. Once we got where we were going, how much do we tip? Should we tip? The whole process is just fraught with uncertainty. Today, we press a button, a car appears, we get in, it takes us directly to the destination (we can even confirm it ourselves), and at the other end, we just get out, automatically paying. Drag is practically eliminated. Uber is a pure match of supply and demand, with a seamless transactional interface, hiding all the unpleasantries. (As a side benefit, the new huge market of introverts, just eat this stuff up)

In some industries, it actually makes you money. Who is to say that Google’s relevancy isn’t slightly off enough to make you page through more pages of their ad-imbued site than others, enticing you to possibly click on an ad? The travel business survives on drag – sometimes, I think that the main reason that these sites show you so much information is that they are not interested in getting you the best deal; they just want to tire you into picking something, anything, that’s not totally horrible. But I digress.

However you may like or love drag (it may even be your business model), people, in general, hate it. While there may be many browsers out there, when people are ready to make a purchase, typically, they want to make it as quickly and seamlessly as possible.

Look at your business: what if you could completely or nearly eliminate drag? How could you devise a set of services that remove all of the tiny, possibly painful processes that slow your customers down from making a purchase? Or even better, how could you redesign your business model to truly make life super easy and seamless for your customers.

Here is an example. Do you recall Tivo? I used to have one. At one point, they created an interesting innovation – they realized that many of their customers had a lot of empty space on their DVR hard drives, so they created this service called Tivo Suggestions. Like Pandora (or Tinder), you could give 1-3 thumbs up or down on a show while you were watching it. Over time, not only did it develop a set of likes and dislikes, it automatically recorded shows that you might like for you in the empty space on your drive. They were set to low priority, so they would automatically be deleted if something you really wanted to watch needed the space. Tivo eliminated the drag of finding and recording a show the customer might like.

In the same way, media has now become software and can be delivered at any time and deleted just as easily. Do you recall when Apple got in big trouble when it pushed a copy of U2s album down to unwitting customers without asking them? I bet that they wouldn’t have gotten any backlash if the “free gift” had been seamlessly delivered to only U2 fans? Since media is now software, what’s the real harm in pre-delivering media that you might be interested in and then letting you delete it within a time frame and never get charged?

Think about how your business could reduce or eliminate drag. What can you change about your business model, your purchase process, and your delivery mechanisms to make it simpler and easier for your customers to get the service they want.