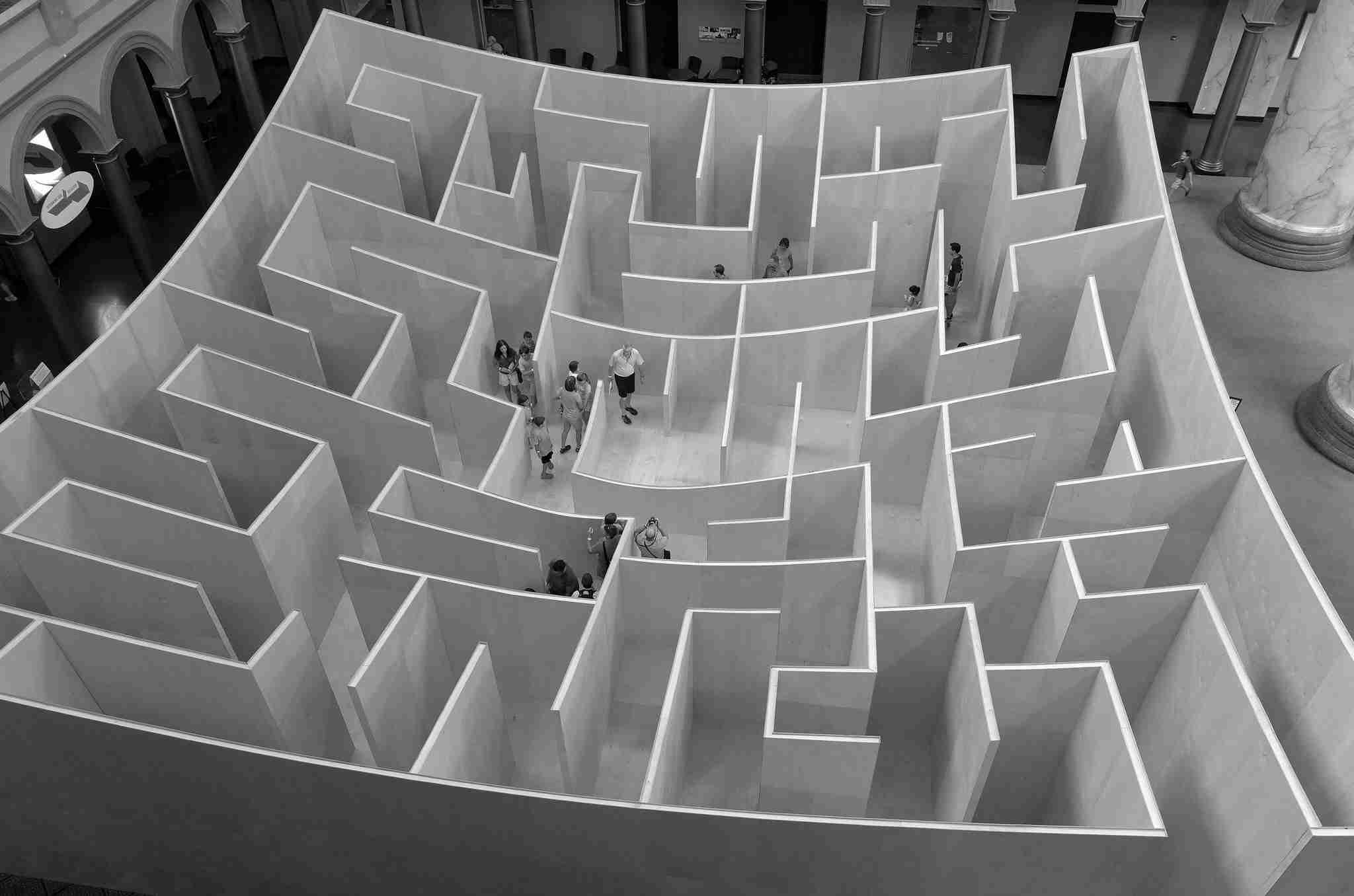 When I was young, I enjoyed doing mazes in paper books. You know the kind I’m talking about – thin or thick newsprint paper books which you can even find today in dollar stores to keep your kids amused on long car trips (if you want to do it the low-tech way and not give them a tablet). I used to spend hours trying to traverse the maze with my pencil, very carefully starting at the START and making my way to the FINISH, slowly moving down the corridors I thought would take me to my goal. Of course, I’d take wrong turns and need to backtrack, carefully erasing the line I drew with the pencil eraser and taking a different path. I would do puzzle after puzzle like this, taking the wrong paths time after time, probably cursing myself and the maze creator in a fitting childish way.

I’m not sure if I figured it out on my own or if some smartass older kid or adult showed me that on the really super hard mazes, it was WAY easier to start at the end and make your way to the beginning. Of course, that took all of the fun out of it, but it definitely worked, I got through the maze, but it was a cheat. But I got through the maze.

I’ve been a big fan of science fiction since I was young. My favorite show was Star Trek (the original series). My parents let me watch it even though it wasn’t really a kid’s show – my dad kind of dismissed all science fiction and superheroes (I still remember him watching me watch reruns of Superman flying through the air and him going, “People can’t fly!”. Of course, I was too young to know the term “willing suspension of disbelief,” but I knew that’s what I was doing. A very pragmatic guy, my dad. ) My mom, on the other hand, liked me watching it because she found that everyone on the Enterprise was always very polite (not sure what other shows she thought people weren’t polite on, maybe Kojack?). Anyways, I always loved thinking about the future and wanting to live in that future. This eventually drew me to Silicon Valley (arguably the world’s innovation capital, as I say on my show) and the field of innovation and foresight.

My love of sci-fi and innovation went hand-in-hand. While others I’d worked with constantly mentioned to me that they thought thinking about the future was hard, I felt that I had a knack for it – that it was easy. Why did I think that? I took sci-fi visions, like Star Trek and other hard sci-fi authors that I’d been reading, and simply used the “take the maze backward” trick. I’d read something in one of these novels, maybe set 100 or 300 years from now, and think to myself…

Start at the end, and work your way back. If I read about a subdermal implant inserted at birth that listened to your thoughts and whenever any question popped into your head, it was immediately answered in your head by orbiting AIs which had every answer to every question ready for you and worked backward, I might have invented Google and/or Quora before they were born.

Try it yourself. Grab a hard sci-fi novel (not Game of Thrones or any other fantasy – hey, we’re working now!) and read it. Think about something that they use in the book. Now work backward through the maze to almost our time, and you may have the next billion-dollar idea.