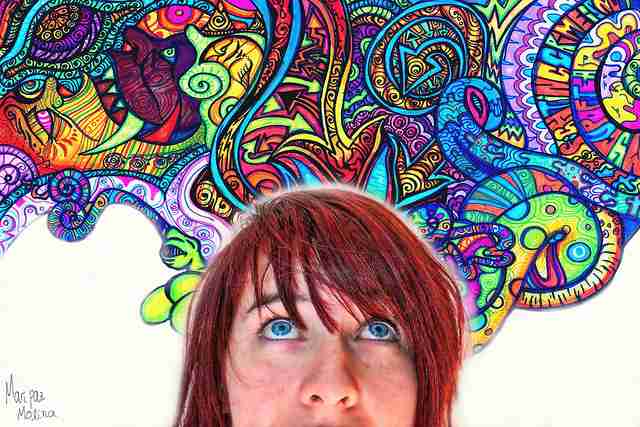 Disruption Is Easy When You Think About It

As I said a few posts ago, forget about innovation already! Everyone already does it – it’s not interesting anymore. In fact, it’s probably past time we all changed our job titles: Chief Disruption Officer sounds way cooler than Chief Innovation Officer. Plus, you get a much better acronym, CDO vs. CINO (you know, CINO is a four-letter word). Just think about doing a search and replace on all of your job titles and documentation. Don’t you think you’d get so much farther as a “Disruption Manager” running a “Disruption Program,” reporting to the “Director of Disruption” (almost sounds like a Batman villain. Oh yeah, I thought I saw him hanging out and grabbing a drink with the Joker and the Penguin the other day.)

It’s time to think of disruption. and thinking disruption is much easier than you think.

Let’s go out there and look at a few things people are talking about as being innovative and disruptive lately.

I’m sure you’ve heard about the tiny home movement, where hipsters all over the country leave their relatively huge, immobile normal American homes and build an immaculately and efficiently designed very small home that sits on wheels and can be taken anywhere. Not liking where you are living? Just hook your house up to a truck (or car) and go somewhere else. These tiny homes are all the rage, cropping up in show after show, closely following new minimalist trends we’ve been seeing, with their origins in eastern philosophies with its focus on simplicity, mindfulness, and finding joy in everything you own. Otherwise, you should just discard it. Actually, if you think about it, there are some analogs to jettisoning friends and family who don’t support you in your life’s journey. But I digress.

Tiny homes are innovative, disruptive even. And cool.

What about mobile homes? Are they innovative, disruptive, and cool? No, they are where the poor folks live and the butt of jokes. Ever watched “Trailer Park Boys“? In the San Francisco Bay Area, mobile homes are the only affordable housing, but the stigma is so great that no one wants to live in them. I used to have a manager at a company I worked at in Canada who lived in a trailer park with his wife. It was by a lake, and they were very happy living there, saving a ton of money by not having to pay the exorbitant rent or mortgage if they lived in a “real house.” Mobile homes and trailer parks just get a bad rap.

What is the difference between a mobile home and a tiny home? Nothing other than design. So your tip on creating a disruptive product from this lesson: Take something boring and passe and redesign/rebrand it as something new.

Another example: when podcasts first became a thing (about ten years ago), I tried to get people to think of them as nothing really new or exotic. They were simply like a radio show that you downloaded onto your iPod. However, the companies involved in the business didn’t want their investors to think it was boring like radio, so they kept pushing the term “podcast,” which is now going through another surge.

How about in the food space? The latest and greatest, hottest thing out there is “bone broth.”  I was at a coffee shop in Santa Cruz the other day, and right beside all of the drip coffee, lattes, espressos, mochas, and macchiatos, they were offering both beef and chicken bone broth, fully organic, grass-fed, and cage-free, for a whopping $5 for a small cup.

Despite the fact that bone broth is one of the simplest things that you can make (fill a slow cooker with bones, water, vinegar & salt, then run 24 hours for chicken, 48 hours for beef, then strain and enjoy) it’s also absolutely nothing new.

Bone broth is soup stock. Cooks have been making soup stock since the dawn of cooking, and the term “broth” existed way before it was  written down in the proverb “Too many cooks spoil the broth’ recorded in Sir Balthazar Gerbier’s “Three Chief Principals of Magnificent Building, 1665.”

Back to thinking disruption. As you can see from these examples, some “disruptive new products” simply rebrand and redesign of things that have come before, appealing to a whole new generation who may have never heard of these things before. If you think about it, those of us older folks who have seen these things before may have a leg up on introducing old as new products. In the same way, you can introduce boring things in one country as innovations in another and boring things from company X as innovations to company Y.

This is but one of many ways in order to think disruptively. In future posts, we’ll get into more detail on that.

Your current assignment: look at your current stable of products, or maybe products you launched in the past and discontinued. Now may be just the right time to bring them back, updated and redesigned for a whole new market and generation. Easy, right?

Me, I’m waiting for the Pet Rock and the Virtual Boy.

Real disruption is both more difficult than you describe, but easier than most think if you consider what actually makes things disruptive. Unfortunately, the things you describe as being disruptive have no chance of disrupting any markets. They are fads, niche products, and rebranded stuff (none of which fit the definition of a disruptive innovation). Products that disrupt change the basis of competition and what the market values, and upset incumbents to become the new market leaders. They conform to a repeating pattern, and have a specific definition. Being disruptive is a highly valuable thing, both from the perspective of… Read more »

Right. There is a difference between “true” disruption, like AirBnB and Uber, and what I describe. You’ve hit the nail on the head – most of what people consider disruptive really isn’t, its disruptive to the incumbents in the space, but only because they haven’t moved to innovate. I’d argue that some of these can become billion dollar businesses, as being disruptive is not a prerequisite to becoming a unicorn – that list is a mishmash of a few disruptive businesses, and others who grabbed traction by doing something a little better. I’d not say that Jet.com really did anything… Read more »

I mostly agree with your response, and it would have been better to be more precise in your article. Although statements like this “As you can see from these examples, some “disruptive new products” are simply rebrands and redesigns of things that have come before”, are completely false, not just imprecise. Disruptive innovation can be done deliberately, but only if you are actually targeting what it is. You can’t get to New York by using a rough description of the route to Cleveland. That’s why I take issue when I see the term being misused, because it further propagates the… Read more »

Agree with you. However, one of the points I’m probably failing to express is that in many ways “disruption is in the eye of the beholder”. For example, to an older, more staid institution, a simple re brand and relaunch of an earlier “failed” product may be disruptive to the business itself, if it upends that corporate culture. Would I call that disruptive? Maybe not in the overall market sense, but to that specific business, very much. When it comes to tiny homes and bone broth, its still to early to tell. Its entirely possible that if our economy continues… Read more »