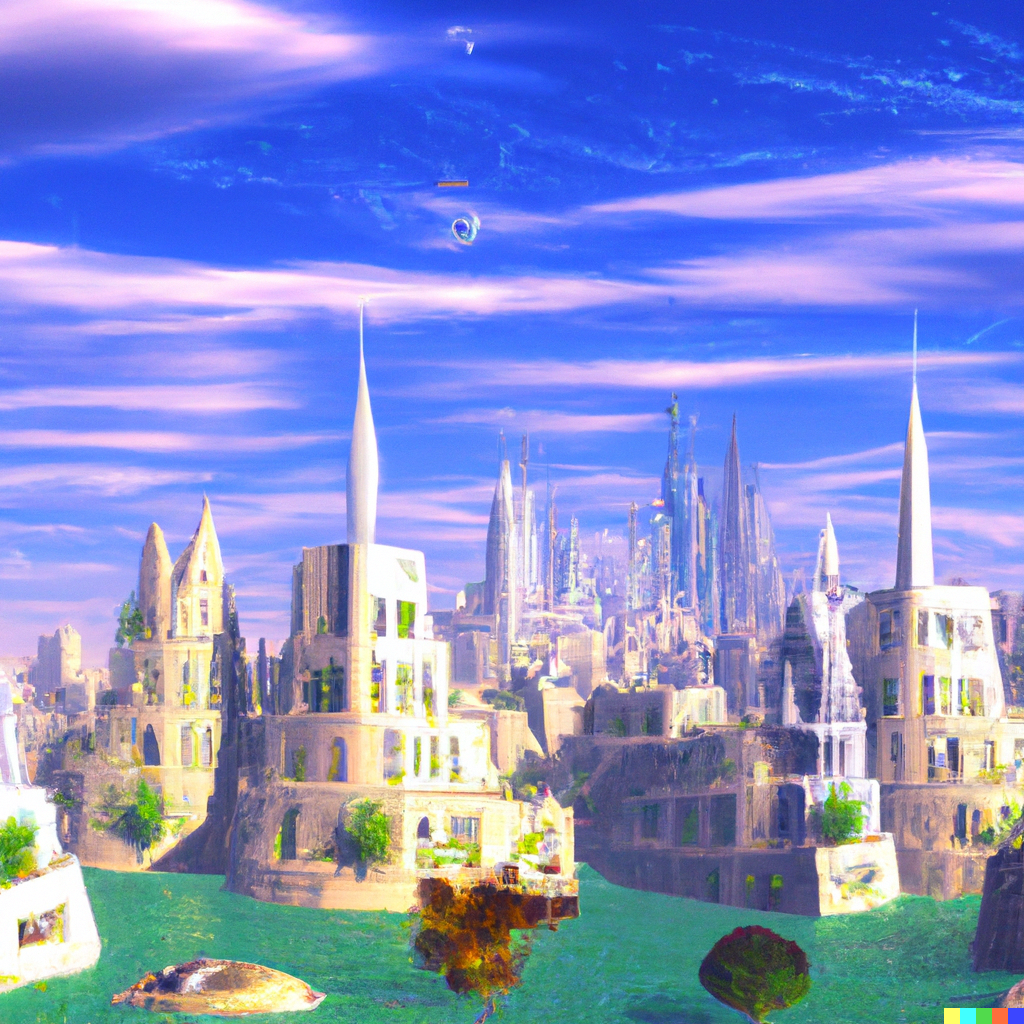 Utopia, what is it about? A positive vision of the future.

What is it about human beings working together, living together being together without conflict that annoys people? Why is it that dystopia is so compelling to people? I mean, I could give you thousands of examples of this, but it’s something Gene Roddenberry wanted to do

Still, for some reason or another, we don’t like Utopias.

I mean, why is it that human beings are drawn toward dystopian Futures? I mean, there’s tons of dystopian science fiction out there. There are tons of dystopian uh movies, books, and TV shows. The World has ended. The world is awful. It’s annihilated. Aliens are going to come down, and they’re going to destroy us. How often have you seen a Utopia depicted in any fiction where it’s a good thing there’s not some Sinister Menace underneath, you know, eating people and turning into people into Soylent Green or anything like that? It’s just Utopia things are great. Human beings have evolved to a point in the future where things are great.

Do you remember This Side Of Paradise? The crew ended up on this planet that was so weird because it put out all this radiation. According to all the radiation that this planet was putting out or the sun was putting out of it, every human being on that planet would have to be would have to undergrow some degradation something would have hurt them they would it was like radiation sickness. Still, for some reason, everybody on the planet was incredibly healthy. As it turned out, there was some Spore that everyone was affected with, and when they were infected with the Spore, not only did they start feeling happy, but they started feeling utopian.

They got healthy; all their cancers went away, and all their health issues went away, so not only were they super healthy, they were pleased, so people were healthy and happy on this plane. So it was all because of these spores that had infected the people on the planet, and of course, what happens is Kirk comes in and says listen, man, I wasn’t meant to be like this man. He wasn’t meant to live in Paradise man was meant to scratch and War and fight for all moments of Freedom. Having Paradise given to them is not a thing man wants you to think that’s true. Do you think we all want the struggle? Do you believe all humans want to struggle, or do we want Utopia? Do we prefer to be in a battle, a constant struggle to survive to live to grow, or do we like the World around us to support us to help us to flourish?

Why is it that none of us feel that we’re worthy of a Utopia? Is it religious or Christian because we were thrown out of the Garden of Eden because we ate the forbidden fruit?

Why do we feel that Utopia cannot be built here on Earth? Why aren’t we striving toward creating a Utopia for all humankind instead of trying to fight amongst ourselves?

If you think about it, we could have been there; we could be where we want to be, we could be in a more romantic place if we just will it if we take actions to become more utopian to build that utopian World, and I think it is because we have to decide what it is what do we feel what there a common thing that all human beings believe is good is there a familiar world that we’d all like to live in that we’d love to pattern our World after and why don’t we all work towards that World the World of all humans flourishing and not some humans thriving and others not flourishing can we build that kind of World where like in Roddenberry’s future Utopia in the post-scarcity World is.

Can we build a world where we don’t have human beings at each other’s throats all the time? Can we make a world where we can all get along? I don’t think it’s specific to countries, political systems, or whatever. It’s something human beings have to decide. We have to decide amongst ourselves that we can be better and build a Utopia, and not only do we want to create a Utopia, but we also want to live in more of a Utopia. We want to throw away our dystopian visions and say to ourselves we want to build a world that’s better for everyone, all human beings. We need to make that decision, and we need to work for it, and we need to fight for it, and we have to give up our petty little battles amongst ourselves and work towards the flourishing of the entire human race.

Are we up to the task?

Do we want Utopia?

Do we feel Utopia is good?

Do we feel that human beings deserve a Utopia?