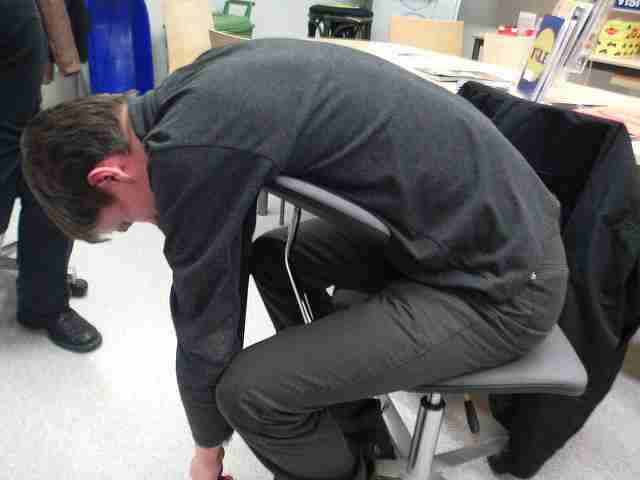 A Little Boredom Helps You Innovate

My wife and I were waiting in line at one of our favorite ramen places here in the Bay Area, Santouka (they have the absolute best broth you know – personally I’m a fan of the Shio myself) and behind us in line was a small family, mom, dad, daughter. She looked about 8 or so, but her attention was completely absorbed by a full size iPad which she held in front of her face while she waited in line with her family. She had headphones and and was watching something very intently – who knows what it was, but it basically cut her off from the world around her. Kind of the opposite of mindfulness, no? Boredom, begone.

So I said to my wife after we sat, “I guess you can’t be bored for even a second anymore.” When we were kids, we were bored a lot: no internet, no iPads, no iPhones. Just LEGO, Meccano, toy cars, trucks and action figures, and balls, bats, sticks and pucks. We spent hours just hanging out, talking, making up  our own games, being creative, you know. Creating, not consuming. But nowadays it seems the exact opposite, and its not just kids – people simply cannot sit still for even a moment before whipping out their phones and stopping themselves from simply being bored.

What are most of these people doing to alleviate the boredom? They are watching YouTube videos, or reading Facebook, Twitter or Instagram feeds, or checking email. I’ll bet 90% of what these people are doing is consuming, and consuming all sorts of crap. Doubt that they are watching a TED talk or learning anything meaningful – not impossible but also not likely.

Lest I start sounding like a grumpy old man (maybe that ship has sailed already) let me get to my point. Boredom is actually good. If you are always and completely totally engaged with consuming mindless content all the time, when does your brain have time to be bored? Time, if you ask me, to do nothing but think.

When I was a kid, my dad made us dig in the yard every spring. I hated the work at first, but then I realized that mindlessly working in the yard, digging in the fork and, pulling out the soil and turning it over was a great opportunity to just think. My body might be digging but my brain was thinking. Eventually he rented a rototiller and we stopped doing things manually, I told him that I still wanted to dig some on my own. To think.

Time being bored is a great time to simply think. To reach out into the world and observe, and reach into your brain and make connections. Being bored as actually pretty awesome when it comes to generating innovative thinking. Instead of stimuli coming externally, your brain will be forced to stimulate itself, and this is where some interesting innovations come from. Look at some of the greatest discoveries ever – didn’t they come when Newton was sitting under a tree thinking, or while Archimedes was settling into a bathtub? Don’t tell me that you haven’t had great ideas while maybe standing in the shower, washing dishes and doing gardening? How often do you get those great ideas when you’re watching a YouTube clip or a Facebook feed?

Do yourself an innovation favor – just be bored for a bit. You might be surprised at what comes out of your head.