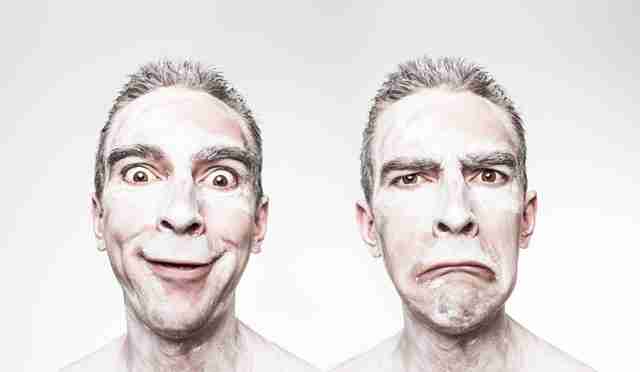 Plenty of companies, like Kodak, Nokia, and Blackberry (previously known as Research in Motion or RIM) weren’t able to change fast enough when disruption came to their markets. In Kodak’s case, the disruption even came from within.

Apparently, it was a Kodak engineer who invented digital photography. He came up with a way to do photography without film. When he presented it to senior management they told him to keep it quiet, that they made too much money from selling photographic film. They told him to not let this innovation out.

Of course, what happened is that other companies came up with it and now we have cameras on every smartphone all over the world. Digital photography has basically taken over the world and hardly anybody uses film anymore.

Even though Kodak had an engineer within their ranks who invented the thing they were disrupted internally because they couldn’t change fast enough.

There seem to be a lot of companies that are seemingly unable to change when disruptive innovation comes along. It just puts them into disarray.

Even Yahoo could be considered one of those companies. We unearthed innovation within that organization. Why doesn’t Yahoo seem to able to change no matter who is in the top spot? Could it be the same reason people don’t change?

Here is a supposition: corporates are like people. So, let’s take a second and examine what makes people truly change? What must happen for people to truly change?

People are creatures of habit, inattention, and inertia. They’ll just keep doing the exact same thing over and over unless something pushes them in a different direction.

External stimuli which force people to change can either be positive or negative. When you look at the history of how people change, true, lasting change is more likely to come from a negative stimulus.

For example, let’s say somebody is an overeater and are hundreds of pounds overweight. They try to stop, thinking about a being happier, having a better quality of life, not huffing and puffing up the stairs, possibly living longer. They don’t derive any immediate pleasure by eating less (in fact it makes them feel worse). But then, they have a heart attack. A huge negative stimulus which drives change.

Corporations are very similar. They look at it from that perspective as well. Profits are coming in, they are doing well. They don’t need to change. Some massively negative impact comes in and forces them to change, but usually, it’s too little too late.

How do people force themselves to change without a black swan type major negative impact? By creating that negative stimulus themselves. By seeing themselves in that horrific future state if they don’t change their behavior. By fully realizing that if they keep doing what they are doing, a massive negative event may occur.

So how do these corporations deal with disruptive innovation before it’s too late? In the same way. They create their own internal change agent which will purposely work against the company and attempts to kill it. They need to envision those paths and follow them through to the end of their company. They need to vividly experience their end state and map out plans to stop it from happening.

What if instead of keeping it quiet, instead of saying don’t go there, they thought that possibility through? What if they assumed that a) somebody else came up with this technology, and b) assumed that it would take off. Probably, at that moment, unthinkable to Kodak’s senior management, but what if they played it out to its logical conclusion? What if they put their impossibility filters aside?

This is one of the main tasks of the corporate futurist. They think the unthinkable, they go down that path to see what happens. If they paint a complete enough picture, it may frighten (yes, frighten) senior management enough to at least investigate the possibility of dealing with that possible future.

This is one of the possible futures of the company. Why not throw some cycles at the scenario and play it out, so that if it happens at least you can create plans to deal with it?

Kodak, BlackBerry, and Nokia failed to see the disruptive innovation since they did not have a strategist or futurist on staff who could envision it themselves internally and take it seriously enough. They may have looked a few years out, but not far enough, and not, probably, crazily enough (in the minds of the senior management).

As I’ve said before, futurists are usually right, just at the wrong time. There’s no danger in having a plan in place too early.

To stay nimble, agile, and resilient, you need to map out those crazy, disruptive futures, and at the very least, develop a plan of attack. No matter what happens, you can defeat the disruptive innovation that’s coming along or at least work with it so that you don’t end up dead.