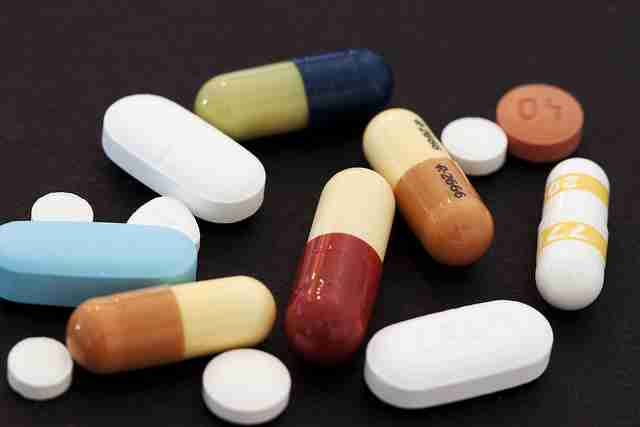 The Question Is: Who Controls Our Bodies? We Should Be Able To Drug Ourselves

Read the first post in the series Innovation is War between the Doits and the ShouldWes. The following is also a chapter from my upcoming book, So Where’s My Flying Car?.

A long while back, I was diagnosed with high cholesterol and put on Statins. My employer’s insurance company covered the cost of the drugs, so I just paid my little $5 copay, got my meds, and took them as usual. I then lost my job in a little corporate reshuffle and had to start paying for my own health care. Well, imagine my surprise when I went to refill my prescription, and the pharmacist said, “That’ll be $700” I thought, “Huh?” – These have been out for years, taken by many – how can it be that I’m still paying this much – is it really true that the drug companies are greedy bastards just out to pillage their customers? No – drug company profits were in line with the horrific costs of bringing a drug to market:

A study by the consulting firm Bain & Company reported that the cost for discovering, developing and launching (which factored in marketing and other business expenses) a new drug (along with the prospective drugs that fail) rose over a five year period to nearly $1.7 billion in 2003 – Wikipedia

Yup, Pfizer was still trying to recoup the nearly $2B in costs to develop Lipitor or whatever it was I was on (BTW, in case you are wondering, I was able to reduce my cholesterol and stop using it by changing my diet, exercising and losing weight)

So I asked myself, as any good DoIt would, why? Why does it cost $2B to bring a drug to market? Why do we need a massively huge apparatus and enormous costs in order to move things forward medically?

Did Pasteur need a billion dollars to invent pasteurization? Did it cost Banting $2B to productize insulin? Fleming to productize Penicillin? No, it’s only in the modern day, when the ShouldWes have full control of the government; it takes seven years and $2B to bring a drug to market.

Still, the question is, “why?” The ShouldWes are so deathly afraid that people may take drugs before they have been fully vetted and tested a million different ways all comes back to the age-old idea that is still stuck in the ShouldWes heads: “People are stupid, and they can’t be trusted to make decisions about their own lives.”

I don’t know, but if you ask me, aren’t people themselves the ultimate arbiter of their own lives and bodies? If a person is dying of a disease, shouldn’t they have the right to try any and all treatments, no matter how experimental? Don’t you think that a 7-year testing schedule and a $2B price of admittance are really reducing the amount of innovation in medicine?

Imagine, if you will, a world where anyone could develop a drug. Where it’s as easy to get into the market as it is for someone to develop a website. Imagine a world where thousands of small, boutique drug companies move as quickly as tech startups do – who have direct access to a huge following of patients who they can enlist to test drugs. Imagine a world where developing, testing, and launching a new drug is a fraction of the cost, and the world is populated with hundreds of new designer drugs developed in these boutique shops – and cheap, too, since they are all free to compete with each other. Imagine a truly free market in medicine: costs are low, and quality is high.

But, you say, what about the cost of human life? What about testing? What about those people who have horrible side effects or die from taking the drug before it is effective. Well, if we can agree that human beings have the ability to understand what the risks are and what they are getting into, then why can’t we let them make those decisions on their own? Maybe that’s the $100,000 question.

We need to stop holding people back from making decisions that could be bad for themselves. Fully functioning adults should be trusted to make good decisions, which reflects on our ability to trust people to figure out what is good for them on their own and let them take action. Never before in the history of humankind has a typical individual had as much access to the information that they need in order to make good decisions.

If that decision is for them to take a drug before it has been fully vetted and tested by the ShouldWes, and take full responsibility for what might happen, then I say – let’s respect their decisions and let them do it.