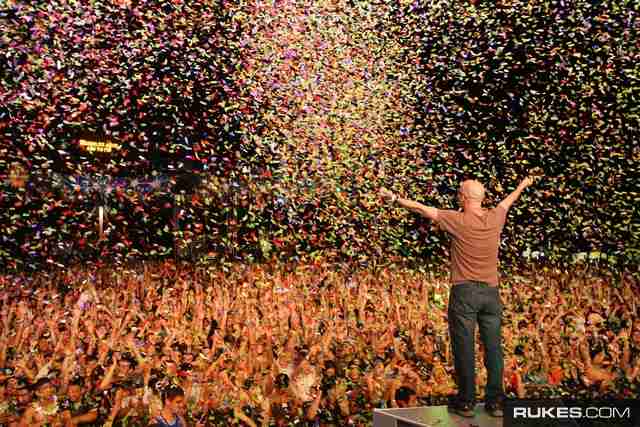 Audience Is More Important Than Anything

The startup world is abuzz with the word TRACTION – you hear it and see it everywhere – blog posts promise “The 19 Channels You Can Use to Get Traction“, and there are even whole books written about how to get traction for your startup. You type “startup traction” into everyone’s favorite search engine and get “About 517,000 results”. Everyone talks traction, but do we really understand what it is?

Like on your car, startup traction is when your rubber tires bite into asphalt, and you go. If you’ve ever driven in ice or snowy conditions, you know the wonders of not having traction – your wheels spin and nothing happens – you press the accelerator, you hear the wheels whine, but you never get anywhere. In fact, that’s the exact feeling that most startup founders get when there is no traction for their startup. They just spent many thousands, to many tens of thousands, to hundreds of thousands to millions of dollars, months to years, coming up with the idea, pitching it to investors, getting it built, and launching this amazing, wonderful, groundbreaking, game-changing idea, only to press on the accelerator (pump tons of money into PR, advertising, marketing, social media marketing) to hear the wheels spin on the ice and the company not budge at all, or budge enough to move barely (not even cover expenses). There is nothing more frustrating than pressing the gas hard, pouring all of your heart and soul into a startup, and then nothing. It’s probably the most disheartening feeling in the world.

Judging by what I’ve experienced in the startup world over the last 17 years, the real problem is not traction. If you have to worry about building traction, you have probably already lost, and you may never actually get anywhere. No, you really need the audience; you need it way before you need traction.

An audience is an adequately large number of people who will actually read, listen and watch what you do. These are people who follow what you say. Read your blog posts, listen to your podcasts, and watch your YouTube channel. This is your audience. Building your audience starts long before building your business, way before you build your startup.  It doesn’t really matter if they are email addresses, Facebook friends, Twitter followers, Quora followers, or whatever (although not all audiences are of the same quality – email addresses are still the best, believe it or not). The audience also does not have to be unusually large either (as I said earlier, adequately large for your purpose, although a large audience is most definitely better since quantity can sometimes be paper over issues with quality). The key is that they actually read, listen and watch actively and in a very engaging way.

The beauty of the audience is that you can start almost any business once you have built it. Some of your audience will buy in, especially if you include your audience in the whole entrepreneurial journey, no matter what you are building.

I’ve seen many examples of this, but I never really put my finger on it until I read Jeff Walker’s Launch, which is all about internet marketing, which of course, can be a little scammy, but deep in this book, there was a great chunk of truth. He kept talking about how he could “press a button and money flows in” because he had grown a large email list of people who buy his stuff. And there are just some people who will buy everything he does. Once I realized he was talking about building an audience, then selling to them, I started looking for the secret to building an audience from nothing, which is where most people are when they start. He kept saying, “you have to have a list, even a small one, and you have to grow the list” – using whatever techniques you can, such as paying for Adwords and Facebook ads, etc. The key is the email list and the audience.

You can literally do anything with a big enough, engaged enough audience. With no audience, you can’t do a damn thing. When I look around me, from that serial entrepreneur with a string of tech startups to that teenager who runs a very successful e-commerce site, all I see are people who took the time to build an audience before, during, and after they launched their businesses. Those audiences then became traction.

What is the trick to building an audience? Well, that’s a topic for another post. But here’s a tip: you have to give to get. You won’t build an audience by keeping things to yourself.

It’s a well-known fact that these days, you spend an equal (or even smaller) amount of time writing a blog post instead of promoting it to get it heard. Since there are no more actual hours in the day, you can either write lesser quality posts or shorter posts or fewer posts, so I opted for the latter. This is why you’ll be getting only two posts a week from me from now on, typically Tuesday and Thursday. Unless something really exceptionally newsworthy happens, which I must talk about. I’m sure that you will thank me for this later 🙂