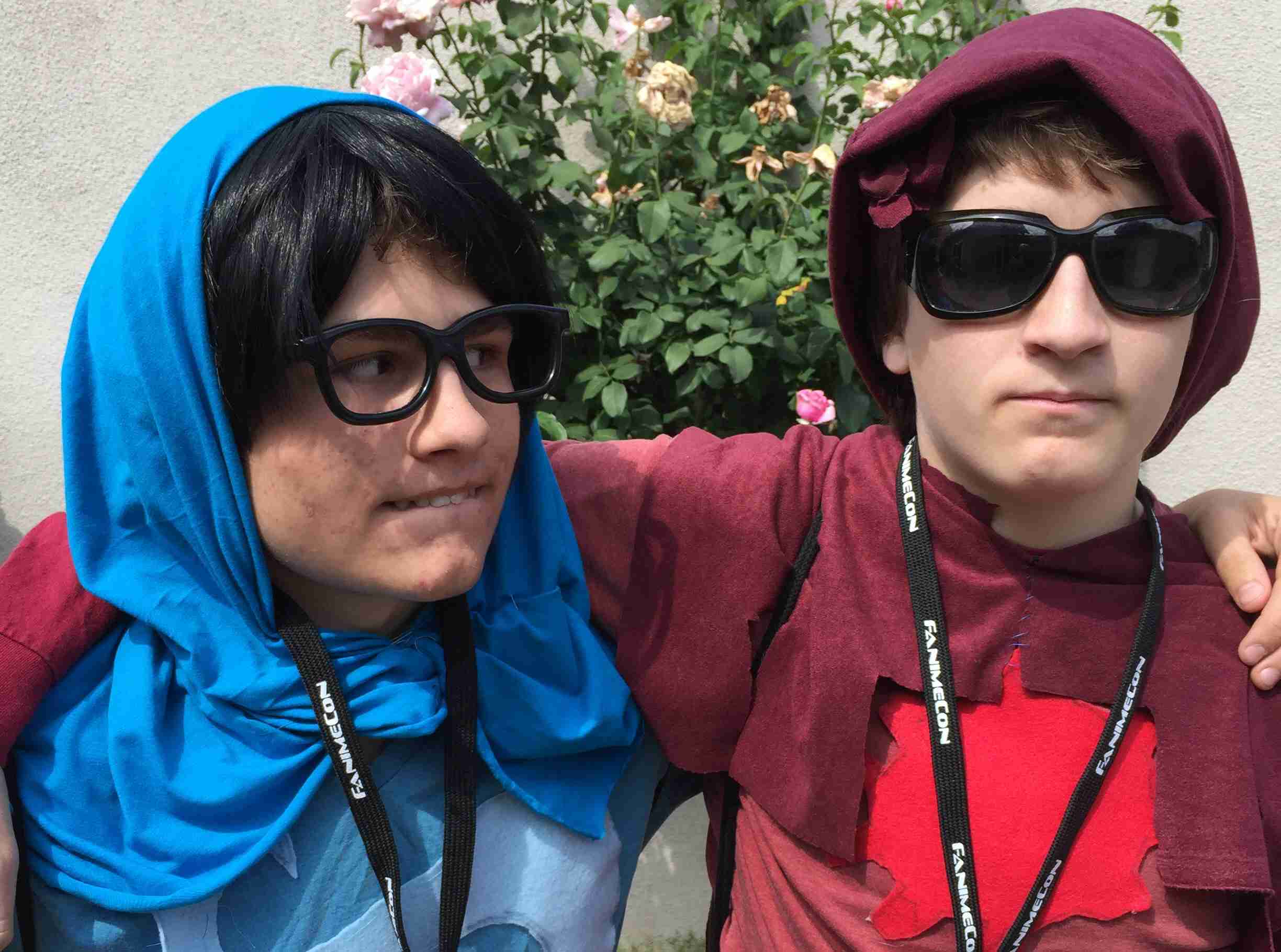 Want to appeal to Generation Z? Check out Homestuck.

If you’re still thinking about how to reach Millennials, you might already be too late. Now’s the time to start appealing to Generation Z. Gen Z doesn’t use smartphones as often as you’d think, preferring to interact with their friends via a laptop and Skype or Steam chat instead of SnapChat and play their games on a larger screen with more controls. They stay away from pretty much all other social media. And they love the super long form, multiple media phenomenon known as Homestuck.

If you’ve never heard of Homestuck, that’s ok, as not many people on the general internet, outside of the 13-24 Generation Z demographic, have. Homestuck is a massive webcomic, which is nearly 8000 pages long (as of this writing), well over 800,000 words, and over 128 characters. It’s been compared to such works as James Joyce’s Ulysses. Yes, a webcomic compared to literature.

Over a million people read it a month, and when it goes on “pause,” the void is filled with rabid fans creating their own fan content, soundtracks, drawings, videos, commentary, blog posts, etc. Homestuck fans swarm all over any convention, be it Comic-con or Fanime or anywhere there is cosplay to be had, and most of these fans are evangelists for the series, turning more and more people into rabid fans. It’s an audience almost anyone would kill for.

The interesting thing to me about Homestuck is that it feels like the future of entertainment. It may have started out as a simple webcomic comprised of images, text, and animated gifs, but it now includes many advanced media elements, such as Flash and HTML5-based games, videos, and music. It is a story that could only be told in this medium. Even at seven years old this year, the author has continually infused the series with thematic elements based on the cultural changes that have occurred on the internet itself. It is a series orthogonally about the medium that it’s on.

Back in 2009, when author Andrew Hussie first started writing and drawing Homestuck, he was just coming off of another series and, without much thinking, jumped in headfirst into this one. He had already developed an audience with his previous works, Bard Quest and Problem Sleuth, so he didn’t start with zero audience – he did have a number of fans who enjoyed his previous works. One of the most interesting decisions (which I find innovative at the time) he made from the outset (which he carried over from his previous series) was that the webcomic would be highly crowdsourced – that the audience themselves would have a huge say in what the characters were going to do next. It seems like he basically took an informal poll of the responders to the comic in order to help direct the next scene. If you start reading this from day one, you’ll notice a lot of inconsistencies and weird irregularities, as competing crowd interests send the characters in all sorts of odd directions. This was probably one of the reasons why the audience grew so quickly – allowing your audience to have a say in the direction of the play (so to speak) probably accelerated the audience expansion. Likely, virality played a part. Wouldn’t you want to tell your friends if you personally made a comment which directed the characters in your preferred direction?

About a year into the comic, Hussie decided to take the reins due to the size of the audience getting unwieldy and his personal preference to take the story in a particular direction. After that, while there was less crowd direction, he still listened to reader feedback and made adjustments based on that.

The second innovation was the introduction of interactive story elements. On many pages, you feel like you get to direct the action, a bit like those old “Choose Your Own Adventure” books, but they all lead to the same conclusion. Other interactive elements included flash videos, flash games, music, and many animated gifs. Instead of using a few elements, everything was on the table: one page could be a non-animated image with some text, and the next a full-blown Flash game with full movement and orchestration. Many of these elements were also provided by the fans of the series and incorporated into the story later.

Thirdly, he encouraged the flourishing of fan-made content – this isn’t Disney cracking down on every mention of Darth Vader or Captain America – this was a true crowd-based groundswell of love for a series the fans felt a true affinity to. Not only was there tons of fan-made content, but some of it was also selected by Hussie to go into the series.

Fourthly, he used “pause.” Once the series had a rabid fan base, he would “pause” the series, probably from his perspective to mentally map out the next set of “chapters.” This also had the additional effect of allowing the fans themselves to fill in the empty spaces during the pauses, since not only could they consume the content when he was releasing it, they could, using all of the tools that the internet has to offer today, the ability to create content discussing, deconstructing, and annotating the series. In these pauses, the fan base took the opportunity to pull new fans into the series, and the pauses allowed new readers to quickly catch up on the storyline.

Now some people might think: wow, is this really the future of entertainment? Think about this for a moment:

I sense that we still start seeing more and more of this super long, multiple media contents, generating storylines in many different media. Not the same story, as Disney and others may do (Lion King: the movie, the game, the theme park, on ice, etc.) but an extension of the same story or property, being told in many different ways, all delivered over the internet or an app.

Finally, his last innovation: he doesn’t charge a penny for the ability to read the comic: he makes his money on physical objects which he sells which are connected to the series: either paper books that tell the story or t-shirts and other physical objects. Just like those other content creators, musicians, who pretty much don’t make any money off of the actual music and live off of concert tours, it seems that the future of content creation is to give things away unless they are physical objects, which people are willing to pay for.

It seems totally opposite to my stance that content creators should always be paid for their work and that, for some reason, if that work is distributed electronically, it should be free. But for Homestuck, it works.

Now it’s your turn: which of the strategies above can work to help you build your audience of Generation Z?

While you think about that, now that the “omegapause” (yes, Hussie has even named the “pauses”) is over, I’ll be reading the rest of the final two acts of the series, slated to end forever on April 13th.

I appreciated most of what you had to say, but this part is basically incorrect:
> Once the series had a rabid fan base, he would “pause” the series, probably from his perspective to mentally map out the next set of “chapters”.

No pause was desired. All pauses were forced. There weren’t any significant pauses at all until halfway through the story when the huge Cascade animation needed to be made. Details of the pauses (including news posts excusing them) can be found at http://readmspa.org/stats/#longest-hiatus

Interesting – ok I stand corrected. Although if you ask me, the pauses actually may have done a good job of allowing the audience to take a breather and give them the chance to catch up. Thanks for the link…