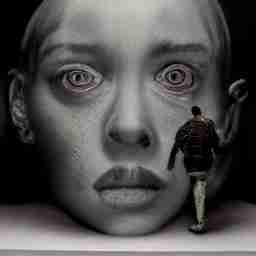 Are You Looking Far Enough Into The Future?

Since our earliest days as primitive savannah wanderers, we humans have had a natural tendency to prioritize immediate gratification above achieving more far-reaching goals. Along with the capacity for thought and reason, human beings are the only animals that are capable of planning and thinking ahead to the future, putting money aside for the day after tomorrow, and considering what comes after that. But just like the vast majority of other people, we are sluggish and only look as far ahead as is absolutely necessary.

We have not progressed very far since those times; how many of us would undoubtedly flunk a marshmallow exam if it had been given to us when we were children? I am well aware that it is pretty unlikely that I will be able to hold out for the next one for the whole five minutes. It should not come as a surprise that humans can plan, even with our far more analytical and ostensibly more intelligent giant brains, seeing that gazing up and out has been something that has been difficult for us to accomplish for millennia.

We can consider the future. Instead of choosing choices that will turn out to be counterproductive in the long run, we might choose to base our selections on the outcomes that are anticipated in the future. Even yet, we find it challenging. Homo sapiens are the only animals on the planet capable of planning, which involves the ability to gaze into the future and the capacity to forecast the future and strive toward making it a reality.

We can fantasize and then work toward making those fantasies come true. Even though there are a lot of factors that have to fall into place for us to be able to put those plans into action, and even though some of our best intentions might not pan out, we are going to generate different scenarios for the future and then work toward achieving the one that we want the most. We do this in conjunction with what we can observe in the world around us, making it even more critical that we consistently expose ourselves to new information consistently. This will assist us in adjusting and reorienting our plans to lead to the desired outcome.

Most of us have plans for the near future, but none for the distant future. The more expansive the plan’s scope, the less clear it is. The greater their reliance on factors occurring in the outside world for their occurrence. Humans, on the other hand, stand out from the rest of the animal kingdom in that not only do we possess the ability to plan, but we also have the freedom to choose how far in advance to do so. Our predecessors did not often plan ahead. We plan more than they do, but once we get to a certain point, we give up and just let things happen. We are giving up.

However, we can project more deeply into the future; more specifically, we can construct long-range plans and see potential outcomes. You might even go so far as to suggest that the capacity to look further ahead than other people is the thing that leads successful individuals to where they are now; after all, how many visionary millionaire startup founders are there?

If having a long-range vision increases the likelihood of success, then why do we continue to rely on the distance of vision that we have retained from our more primitive selves and not gaze even further into the future than we do now? Who knows how much better our judgments will be once we can alter the periods we use from quarters to years to decades?