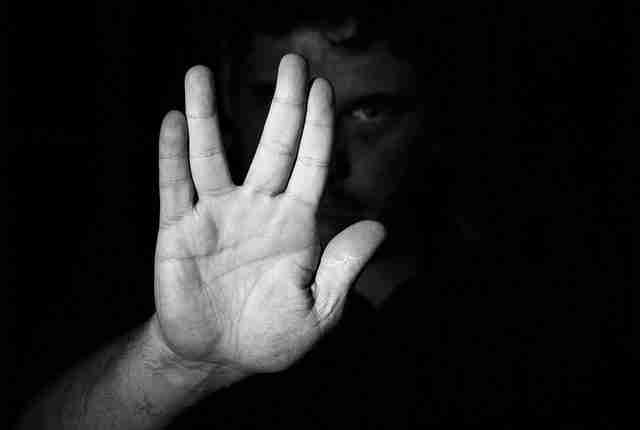 I wasn’t old enough to remember when, 50 years ago last week, Star Trek took to the airwaves for the very first time. Gene Roddenberry’s “Wagon Train to the Stars,” his “western, but in space,” showed his amazing knack for envisioning a really cool, optimistic future.

The show was a very different animal from most science fiction at the time, either written, televised, or in theaters. Written sci-fi was full of dystopian futures (I blame that on socialist leaning science fiction authors who thought that capitalism was going to be the end of us), and televised sci-fi was full of kooky things like Lost in Space (a family comedy with a kooky robot set in space), Land of the Giants (fun but not too cerebral), The Jetsons (The Flintstones, but in the future – although I’d argue that the Jetsons was actually pretty accurate and interesting in some of the predictions that they made – although had they had a futurist on staff, it might have been even more interesting), My Favorite Martian (please!) or the takes-itself-too-seriously Thunderbirds.

The Twilight Zone was the only other show in that space that challenged us during that time, which, if you ask me, was absolutely brilliant but not really science fiction. It did not depict all of its tales in a future time with a fully fleshed-out worldview. Plus, the episodic nature, with completely different stories told weekly, held no possibility for character development.

No, Star Trek was something very different. A pretty well-defined worldview,  originally framed out by Roddenberry and then fleshed out by him and the other writers on the show, like David Gerrold and DC Fontana. It came at a very dark time in US history and showed us what a post-racial America and post-racial universe would be like. Apparently, he even wanted it to be post-gender, originally casting a female in the role of second in command (“Number One”) of the Enterprise, which would put in her charge a lot, as the captain was wont to galavant around on landing parties all the time, or vice-versa, but the network wouldn’t hear of it (the new series debuting in January 2017 will star, AFAIK, a female character named “Number One”). Even politically, he couldn’t skewer both governments and corporations in his writing – whenever a story about an evil corporation was submitted; the network shut it down. Plus, I love the libertarian themes peppered throughout. Who didn’t love when the war between the Federation and the Borg “Collective” ended with individuality prevailing?

But I digress. I’ve watched and absorbed all the flavors of Star Trek in all media all of my life, so I could literally write an entire book on the topic, but that’s for another time.

While the show didn’t do all that well in normal production, it did phenomenally well in syndication, where I and many others were completely drawn to this incredible future vision where things were so much better than they were now.  Both those of us who were into technology, marveling at the advanced technology like the transporters, communicators, conversational computers, tricorders, phasers, hyposprays, and universal translators, and those who were into the vision of all flavors or humanity (and aliens) working together without a racist or sexist angle, were mesmerized. It even gave us television’s first interracial kiss. Not only was the world vision compelling, like all good science fiction and storytelling, the stories told were metaphors for things happening in the world at the time it was written, but all good stories were timeless.

Generations watched this vision and these stories, and generations thought, “I’d like to live in a world like that,” and we took steps to build that world. I don’t think anyone can say that there has been any other cultural artifact that affected people’s lives as directly as Star Trek did. Star Wars may be more popular, but it didn’t drive people into engineering, hoping to be like Scotty one day. It didn’t drive young black women into technology as Uhura did. It didn’t drive people to become activists, working to eliminate racism and sexism.

Star Trek: The Next Generation, Deep Space Nine, Voyager, and Enterprise helped to continue to build out the future, expanding the framework Gene and the original series writers put in place, giving us a blind black engineer, a Klingon security officer, a counselor on the bridge, a black station manager,  a female captain, replicators, holodecks and much more. Star Trek has been more about inclusiveness than diversity, and people survive, drive and thrive on their merits, not on the color of their skin or their sex. I can only assume that this will continue.

Since so many of us were caught up in that vision, wanting to make that vision real, we’ve seen many of what was envisioned in the various series, books, and other media, become real way before the 23rd century the original series was set in.

We have communicators (smartphones), universal translators (Skype and other translation services), computers that are conversational (Amazon Echo, Google Home, Google Now, Siri), and PADDs (tablet computers). we are on our way to replicators (3d printers) and the holodeck (virtual reality). In some areas, we’ve gone way past the original vision; in others, we are still working on it. In fact, as I’ve mentioned before, maybe going back and mining Star Trek might be great for your own corporate ideation process. If you see something cool on there, just work backward to the great-grandaddy of that idea, then build it now.

Not just technology, we’ve seen great strides in the inclusiveness space as well. While, in some cases, we’ve tended to go a little far in the opposite direction, I have faith that we will eventually settle down and understand that “all humans are created equal.”

Star Trek has been around for 50 years, and we’ve done a good job of bringing the vision to life.