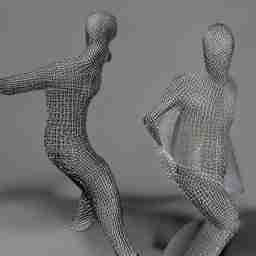 (…and soon, humans and machines…)

What are the key qualities one needs for their company to disrupt?

I think that people make a huge mistake when they think of companies as monolithic organizations (or organisms) which exist on their own, separate from the world, competing with everyone else, and attempting to win (with winning being the accumulation of tons of cash). Most of the most disruptive organizations I know of have a number of key elements which differentiate themselves from the standard fare. These include, but are not limited to:

They Disrupt With Playfulness

Work is fun, and fun is work. Work is seamlessly integrated into life, fun happens everywhere, and play is encouraged. Work can be wandering around a forest, sitting at a desk, donning a VR headset, or just doing anything new and different. Workers are encouraged to go to and work from new places, instead of collecting themselves in offices once a day, then returning home. The company culture encourages not only playfulness but also serendipity.

They Disrupt with Diversity

Someone I know famously quipped, “Silicon Valley is not a place with thousands of companies. It is one company with thousands of departments. All we do is a transfer between them. and every time we do that, if we allow it, all of that built-up skill and knowledge can either be celebrated and leveraged or crushed by a new culture. One example of how new ideas and cultures can be integrated is the difference between the “melting-pot” theory of the United States and the “multiculturalist” theories of other countries. With the melting pot, newcomers are encouraged to merge their culture with US culture, enhancing and strengthening both cultures, whereas, in multiculturalist societies,  the incoming culture is encouraged to remain monolithic and separate from the new country’s culture. This may be a factor in the fact that the most innovative and disruptive ideas come out of the United States, which has also led the world in patent development.

They Are Guided, Not Lead

Leadership should put a few basic rules in place around the general direction that a company should go in, set big hairy audacious goals that (and this is key) have nothing whatsoever to do with making money (that is a side effect), and then let people loose to come up with outrageous new ideas. The key is to focus on making a dent in the universe and improving people’s lives greatly. Support those outrageous new ideas as much as possible, even if they don’t make a penny. Prototype the crap out of them, and if you can, launch them into the market and let the market see where they go. There are many great examples of billion-dollar companies out there that started with a small, disruptive idea and thought about the business model afterward. Those are the true game changers.

They Disrupt as a Mesh

Dispense with most hierarchies, let people pool freely, and let them flow in and out of the office, organization, and community as they need to bring in and take things away. Don’t think of your company as a solid thing but as a collection of free people choosing to put their time and effort into moving you forward.

Put it all together, and what do you get? A company with bold, audacious goals, engaged, happy employees with diverse backgrounds and interests, passionate about striving towards improving people’s lives, freely gathering and dispersing as needed. When you are one of these, great ideas and money will flow.