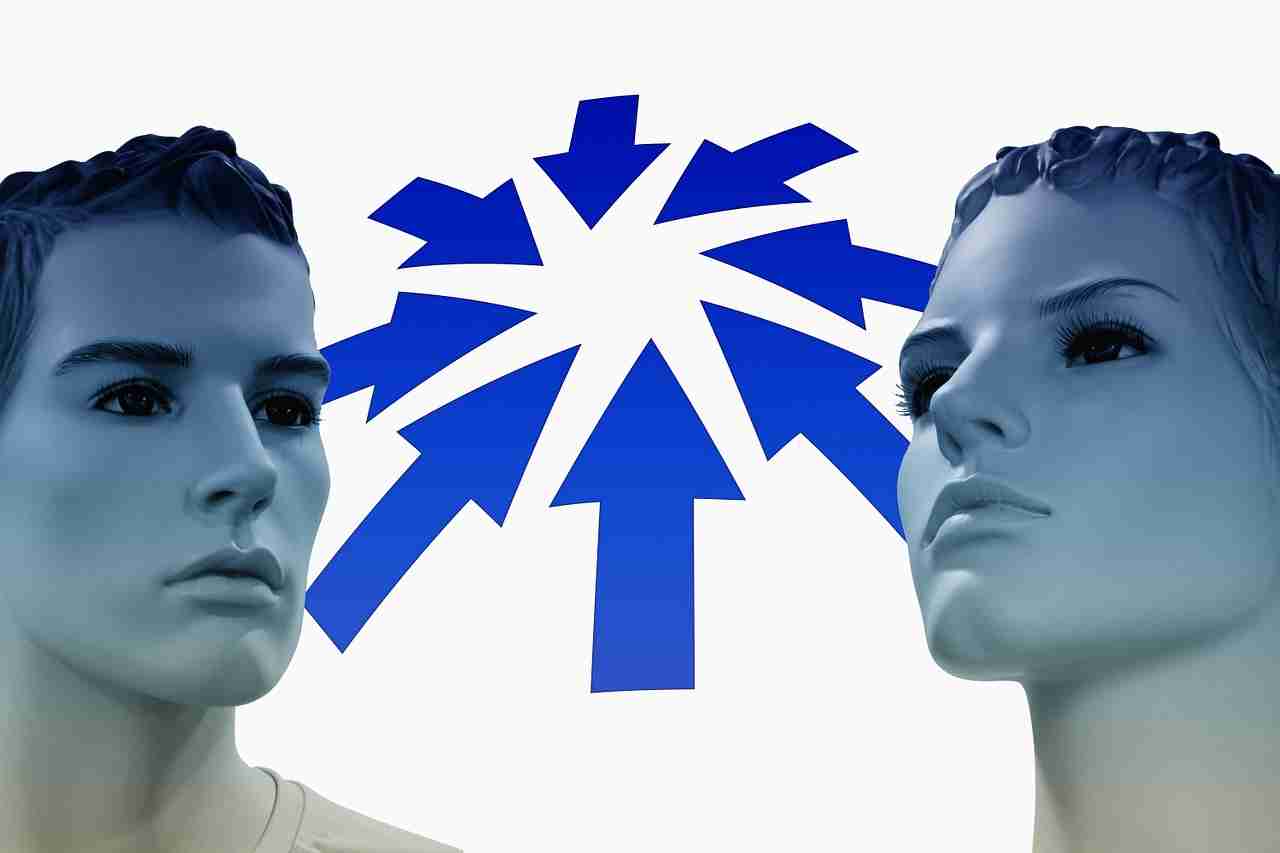 Let’s talk a little about humanity and how the internet and social media have changed humanity to influence other people.

Why would this be important to you? You will likely need to use techniques to persuade and influence others at some point in your work and life. Whether you are in sales and are attempting to pitch your product to someone, are simply trying to convince your kid that he doesn’t need that extra scoop of ice cream, or in leadership, much of your success can be attributed to being able to influence other people.

Plus, when we think about sales, it’s all about connecting a buyer and a seller. I’ve talked before about how inefficient these systems are, and wouldn’t it be great if they were more accurate. Maybe we wouldn’t be constantly peppered with billions of ads as we surf the Internet if they were.

In 1984, Robert Cialdini wrote the textbook on persuasion and influence called “Influence: The Psychology of Persuasion.” This book was so powerful that, to this day, most of the sales and marketing tactics being used on the internet today are based on the principles outlined in this book.

The Principles Of Influence

Here are those principles, with explanatory text from Wikipedia:

Cialdini’s first principle is the principle of reciprocity: if you give someone something, they feel obligated to give you something in return.

You see this evident in most content marketing: give out your email address in return for a free whitepaper or some other bonus. Once I have your email address, it will get added to my email list, and I will continually send out information of supposed value regularly. Eventually, after enough of this peppering, the prospective customer will pick up the phone or send an email and engage.

At least that’s the principle: I give you enough value, and eventually, due to the principle of reciprocity, you will return the favor. This may no longer be the case: the easy availability of most information on the internet, social media, and cultural and generational factors have broken this principle.

Maybe it is a “millennial” thing – if you have the mindset that you are always given everything you want, and nothing is expected in return, would this not affect your sense of reciprocity? We were taught that when you give, you get; however, this is no longer being taught.

It’s now perfectly OK to continually take and take and never give. People expect to be given value with nothing given in return. You have probably seen it yourself in your own content marketing campaigns – you may have given out huge amounts of value, and all you get in return is crickets.

Content marketers continually opine that these campaigns do not work because you are not giving away enough value, so they suggest that you give away even more value (until maybe there is nothing left) because they believe that the principle of reciprocity still exists. But if it doesn’t, you are giving away all your value and getting nothing in return. If this is true, then we must rethink the concept of what we are giving away. Is it right to give up so much value for free?

The second principle is Commitment and Consistency. If you say that you are going to do something, whether verbally or in print, then as a human, there is this inexorable urge for you to do so. A “my word is my bond” kind of thing. Consistent, people tend to continue to act a certain way once they have acted that way in the past.

My evidence states that this is yet another principle that has been abandoned. Studies show that people are much more likely to make promises that they do not keep, especially when making the promise is a quick email or text away.

Ghosting is a popular tactic to virtually disappear to deflect any responsibilities to any commitments one may have. The internet distance allows people to leave conversations hanging, never closing out, never resolving. Commitments are easy to make but difficult to follow through on because they take effort. While in the past, it used not to be OK to let these things “hang,” nowadays, breaking commitments seems normal.

Being flaky seems to be on the rise. We probably have the technology to blame for most of it.

If this is true, we can no longer trust that anyone will follow through on any commitments. This requires that the burden for follow-up rests on our side, and we must continue to follow up forever.

Unfortunately, if you couple in the failure of the principle of reciprocity, how can you follow up with someone without providing so much value in return, without seeming like a pest? I don’t have an answer to this – maybe suggest it in the comments section below.

While the first two principles may no longer apply, like a person blinded gets a stronger sense of hearing (or at least that’s what Marvel’s Daredevil tells me) social proof, Cialdini’s third principle gets much, much stronger. With the advent of the hyperconnected new human, I’ve dubbed Homo Nexus; only if something is important to my friends is also important. Some people have completely given up their own preferences for the preferences of others.

Amazon’s new Echo Look, a wall or stand-mounted camera that watches you and sends your outfit to style experts and friends for review and voting can tell you what to wear. Why would you ever want to choose your own outfit when much smarter people, and/or the people who must look at you, should decide instead?

In today’s world, you and your company live and die by social proof. Social proof is the number one reason you get or lose customers. You can pump out as much free content of value as you like or make commitments and never get a response, but if you do something that “goes viral,” suddenly, you have made it.

This is one reason I suggest that if you are a startup founder, you should forget traction and build your audience first. Massive audiences who can follow you as a personality will then be a springboard into any business you wish to develop.

Social proof is the strongest of the remaining principles, and once you have it, you will do well. On the other side, without social proof – without thousands of Twitter, Facebook, Instagram, Pinterest, and Snapchat (and God forbid you don’t immediately join the cause of whatever next new service you can get followers on quickly) followers, you are nothing and nobody.

This has the curious effect of companies putting out completely off-brand things but is designed to go viral in a desperate attempt to gain followers possibly.

The fourth principle is authority and the tendency to listen to authority and authority figures. From the “Resist” movement, the parents showing up at job interviews (and companies are making allowances for that) tell me that most people no longer truly believe that anyone has any real authority other than themselves.

While having a healthy skepticism around people who may not be really who they are, questioning authority has become mainstream. Authority lies within, and unless you prove to me that you are real, authentic, and truly an expert in your field by giving me value for free, no amount of credentials will convince me.

Being an authority is also now a trap: you have built up a store of knowledge and credentials that have value, which would have been sought after in the old world. Now you are simply a resource to be used up, expected to be tapped, for free.

The fifth principle is likability – people prefer working with people they like. Like social proof, I feel that this is yet another principle that is now enhanced.

As people have stated – “millennial” is not a generation but a mindset. Millions of people use likability as a criterion above even authority. Jobs will be given to people based on how they get along with others (which covers likability and social proof) and are already seen as much more important than credentials.

Who would you rather hire – the seasoned, experienced gruff developer, who will likely use their experience to complete the work in a fraction of the time, or the likable neophyte programmer who is still learning? The experienced developer may cost three times more, but he will get the work done in one-tenth of the time of the stumbling junior developer, but at least you can share a beer with her.

Of the six principles, I believe only social proof and likability remain.

The sixth principle is scarcity – or perceived scarcity. When we feel that something will be a “limited time offer,” we are more likely to jump on it. But what is scarcity in a world where you can get almost any piece of information immediately, even if it’s “no longer offered”?

People understand that there is no real scarcity on the internet. If there is an offer that will expire, then it’s likely that it will either be available again or that in the vastness of the internet, it can easily be found with a few clicks, legally or illegally.

All content that can be made electronically will be available again. People have figured out the perceived scarcity, and it’s no longer a draw.

Content marketing, already a sketchy business, to begin with (create enough content so you can draw potential customers and search engines to get people to look at your offerings and possibly, on that rare occasion, buy), has ended up making us flood the internet with both click-bait style content and valuable content so that you can cheaply or supposedly cheaply drive people back to your business so that they eventually purchase from you.

Despite that sense that this is cheaper than just buying into contextual ad networks – the cost of both creating the valuable content and giving away valuable content no longer triggers reciprocity; where does that leave content marketing? Is it still even useful?

Our evolution into a hyperconnected Homo Nexus has distilled influence into two interrelated factors: social proof and likability. I think none of the other factors play a part or play a much smaller role in influencing people.

If this is all true, how do you sell yourself, your company, and your products?

The Future of Sales

When it comes to sales and marketing, we either need to invest in things that make us likable and drive social proof, bypass the system altogether, or develop a much more effective way to connect the buyer and the seller.

If we could use “engineered serendipity.”  a new kind of hypertargeting that leverages artificial intelligence to connect you as a seller with the exact right buyer at the exact right moment, with a targeted, personalized message, just for them.

The purpose is two-fold: a) better connect buyers and sellers and b) rid the internet of all the improperly targeted content and advertising “clutter” that bogs down our systems.

Of course, the challenge is that Google, Facebook, and the like make a lot of money in the generation of clutter and mistargeted messages.

For us, it’s all about making sales as efficient as possible. Right now, it’s in bad shape and spiraling even further out of control.

What can we do to stop that?