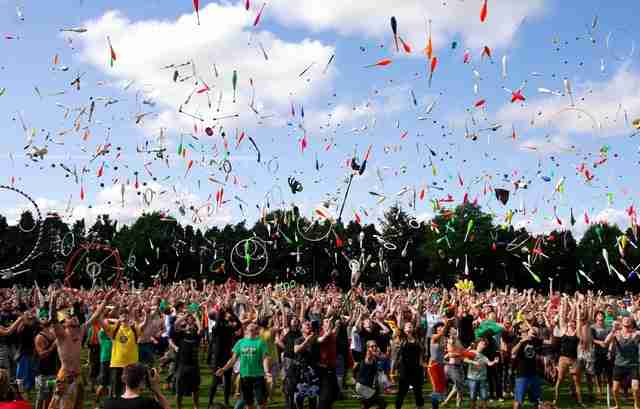 Your innovation labs existential question: which idea is the billion-dollar idea?

The biggest problem I’ve seen companies struggle with, once they have launched an innovation program, is not a low number of ideas. It’s usually the opposite.

After possible years of not providing any systematized institutional method of capturing, collecting, reviewing, voting on, giving feedback on, and deciding on the fate of an idea, innovation labs are swamped with ideas with the launch of effective programs.

Some ideas are slightly incremental, and may already be on the roadmap, unbeknownst to the inventor. Others are a bit too far out and may not be in a space that the company wishes to invest in, or are currently not possible, due to technological capability or the culture of the company not being ready for it.

Even after adding those filters, there are still usually a ton of excellent ideas in that sweet spot – great ideas which could be implemented today and could grow your revenues or cut your costs by a substantial amount.

But which will have the most impact?

You can take a wild guess and use your gut instinct to figure out the winners, or get a team together on a regular basis of the brightest minds in the company and filter and prioritize, but in the end, you don’t know which of these ideas are the winners.

What do you do? Do you come up with complicated schemes, using various metrics which may or may not reveal the most profitable ideas, do you throw it back out to the crowd again by allowing those with the top votes become your prioritized list, or do you randomly select a subset of ideas to focus your efforts on? In our view, none of these are the best course of action.

It may sound obvious, but you need to lift a page from the venture capital playbook and merely fund all of them.

VCs have vast floods of ideas coming into their businesses, which they do filter for all kinds of fit, type of business, knowledge of space, etc. Even then, they still end up with many supposedly great ideas, but even they, with their in-depth understanding of what a winner may be, yet have minimal idea which of their businesses will indeed fly. They do the same – they take their pre-vetted short list and fund them all.

The critical thing to remember here is that they don’t just fund all of them the same amount, they support each of them just enough to take them to the next “proof step,” just enough to further test the idea.

These days, with the frameworks and infrastructure available to a typical lean startup, it takes very little time and effort to build a version of the business which is “testable” – enough to drop in front of real possible future users and get an idea of whether it will take off. These testable versions could be as simple as some wireframes whipped out over a few days by a UX designer, all the way to a working non-scalable simplistic prototype rapidly cranked out by a small team of designers and engineers.

Any of these variants are many times less expensive and resource intensive than they used to be. You can now quickly stand up a proof of concept within weeks or day, and quickly get something in front of real users for a thumb up or down.

With the costs of building these proofs of concept plummeting, there is no excuse – there is no reason you can’t at least afford a small amount of time and effort on each pre-vetted idea, to ensure its viability. Once its passed successfully into the testable stage and tested well, you can then move on to a more fully developed prototype.

Remember, your company is an innovation lab. Think of these as experiments. The more tests you do, the better chance one will be a huge winner. Experiment early and often, kill the unsuccessful experiments as soon as they fail and nurture the successful into massively profitable new businesses, and possibly billion dollar ones.