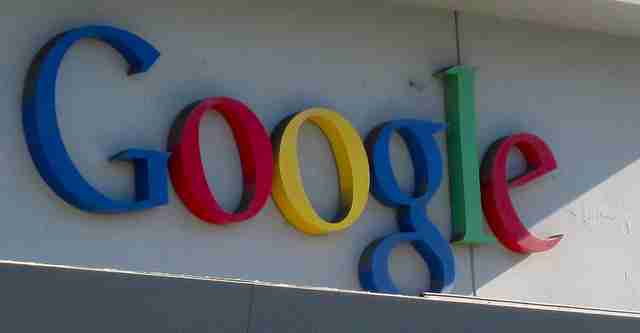 Maybe Google has been a fast follower all along?

I look forward every year to the new stuff coming out of Google’s, Apple’s and Facebook’s conferences with a lot of interest as they are supposed to represent new, cutting edge innovation that these companies should be known for. That all of these companies are leaders and not fast followers, companies who simply allow others to break new ground, then stepping in and improving things.

After the latest Google I/O 2016 announcements, I’ve made a re-assessment. I think that when it comes to developing profitable businesses, they’ve all become fast followers.

I’ve made the case before that Apple is still riding on innovation they created with the iPhone, with anything since then simply being a variant of that device. Google is now following the same path – while their initial innovation was the Pagerank algo, everything that they’ve made money on since then was an improvement of someone else’s tech – either copied or bought. Case in point: AdWords, the biggest moneymaker for the company since its inception, was actually a copy of a product developed by Goto.com back in 1997, a company that came out of Bill Gross’ Idealab incubator in Pasadena. The idea of scanning search results and putting ads up against them was theirs. The company was renamed Overture and was eventually purchased by Yahoo! Of course, this did not stop Google from copying the idea, and Google and Yahoo! went head-to-head in a lawsuit in 2004 which was settled for ~$300M in Google stock at the time.  Once they first followed into the PPC ad market and made a killing, they could start using that money to expand into other areas that were already owned by others – mostly Alta Vista, Yahoo! and a number of other services. Had they not been a fast follower into PPC, they would not be where they are today.

Since then, there have been innovations from Google, but none of the profitable ones have been homegrown. Most of those are their versions of other services that they’ve improved upon. Again, the same thing.

Fast forward to today. what innovations are we seeing in 2016 from Google which they presented yesterday at I/O 2016?

Imitation is the sincerest form of flattery. This is not a bad thing – I’m sure that once you apply resources, as in time, money, and brainpower to solving these very hard problems, taking us closer and closer to a seamless real and virtual world. But is it disruptive? Not really.

That won’t stop Google from becoming a more and more profitable company, as it gets deeper and deeper into our lives, spearheaded by companies who demonstrate innovation and take risks, like Amazon, who was probably surprised at the demand for Echo. As I’ve said before – people are now more than ever ready and willing to give up privacy for utility.  Google will continue to smartly continue to be a fast follower where it counts – in the profitable stuff – while it spends a chunk of that money coming up with true innovations, which may not make a penny.

The only downside I see: PPC advertising, Google’s biggest income stream, (roughly 88% of its revenues) is losing its effectiveness. More and more businesses are realizing that there are easier ways to capture customers than paying Google tens to hundreds of dollars per click. While they can leverage this cash to innovate, they need to mindful not to leave most of their eggs in the PPC bucket. Voice search, like Google Assistant and Home, won’t replace those revenues if they are built on the same system the PPC network.

As I said in a previous post – if they really want to come up with the next killer app, build the internet demand engine. I wonder if that’s the long-range plan. If so, I’d hope they’d accelerate that – I’m tired of reading through that 90% of sales message content every time I surf.