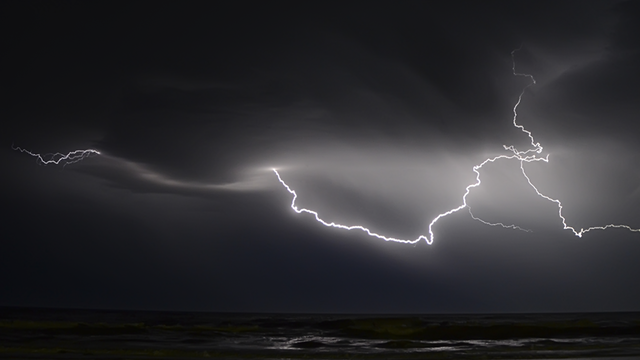 A long time ago, back before a time which we aren’t supposed to talk about (pre-2007), I used to have a podcast that talked about many different things, among them the future, innovation, and politics, which I recorded on the road in the car on my way to work. I would rant and rave about all sorts of stuff, pointing out things that were happening, calling out stupid drivers on the road, and just talking generally about things that annoyed me.

At the time, there was this guy in the news who called himself a “reallionnaire” (I found out recently that the guy’s name is Farrah Gray) – basically, someone who, at a very young age, 14 I think, was able to go from rags to riches, and was now telling his story so that “you too can do the same!”. I made that the subject of one of my shows. Now I haven’t read his book, but I think I don’t really need to – it’s likely a pretty inspirational story, like all of these motivational books. Now stop me if you’ve heard this one before – someone fights off many barriers to success, using a set of actions, which propels them into riches and success, And all you need to do is do the same thing – and you will pretty much achieve the same result. Kudos to him for being able to break out of what sounds like a terrible situation. And while his story sounds pretty inspirational, what I’m trying to say is Your Results May Vary. Greatly.

This kind of story is also pretty rampant here (without the extremely dirt-poor beginnings) in Silicon Valley – lower-middle to upper-middle-class software engineer pulls a couple of his friends together, they work on a startup in their spare time, their startup launches, they get discovered, boom, the engineers are suddenly billionaires. Of course, the real story is that this happens so rarely that it’s news when it does happen. Like with WhatsApp.

Since the story broke that those not-quite-broke engineers who started WhatsApp years ago just sold it for $19b to Facebook, the tech media has been full of stories on – just like in the “reallionnaire” case, you too can be successful if you just, as they did, so the exact same thing.

Of course, when you look at the WhatsApp story, it’s completely different from the others where lightning struck. The WhatsApp folks build their user base over time, providing a quality product at a very reasonable price – they didn’t run ads; they charged for their product and let people use it for a year before charging a minuscule $1 a year to use.

Additionally, if you look at WhatsApp, IMHO, there is nothing really special about it – other than its huge user base. What really differentiates it from Kik, Google Hangouts, WeChat, or any number of instant messaging platforms out there – even going all the way back to ICQ (yes, I know I’m dating myself now) other than maybe the pricing model?

Also, there’s been another meme floating around about how your business should address a specific pain point – a need instead of a want. I blogged about this same thing myself when I talked about Haircuts, Pie, and Cupcakes. Now I understand that people may need to communicate, but do they really need to communicate via WhatsApp? There is nothing really specifically interesting about it. As far as I’m concerned, it doesn’t really address a specific need or want. I’ve eaten cupcakes, and WhatsApp is no cupcakes.

So what is my point? Simple. There is NO proven formula. There is NO single set of steps you can take to go from point A to point B to be successful. You can become a billionaire by building a quality app and building a big user base over a long time, or you can become a billionaire by developing an app in a few months, attracting the right kind of attention and traction, then getting snapped up in less than a year by some big tech firm.

There may be no specific set of steps – there are no specific criteria – on what is successful and what isn’t. It may not be pure luck, but it’s pretty damn close. However, a few things do make the difference – and it’s not about the app at all. It’s about the people. It’s about the connections. It’s about being in the right place and talking to the right people at the right moment. That’s when the magic happens. It’s very, very close to pure, dumb luck – you can’t engineer this stuff.

Ever read Black Swan? People read this stuff and think – oh, that’s interesting – then over time, forget about it – but if you ask me, it’s totally pertinent to many. many things in life, one of which is your startup being successful or failing miserably. Events like the WhatsApp deal may not be Black Swan-like disasters, man-made or natural, but they do come out of the blue. Just like lightning strikes, you can make yourself more susceptible to them by standing outside in a field in a thunderstorm, but that is still no guarantee that you will be hit. In fact, I’d argue that it’s much easier to be struck by lightning than to be struck as a billionaire by writing an app.

So how do you increase your chances of getting hit by lightning? You stand out in the rain. You stick out. It doesn’t matter if your startup cures cancer or provides a pleasant diversion. You just have to be standing in the right field in the middle of a thunderstorm with your metal helmet on – otherwise known as – building a network of people who can socialize your ideas as far and wide as possible. It’s all about who knows you – and who knows your product. You can’t make Black Swan’s happen, but you can increase the odds of getting struck by lightning.