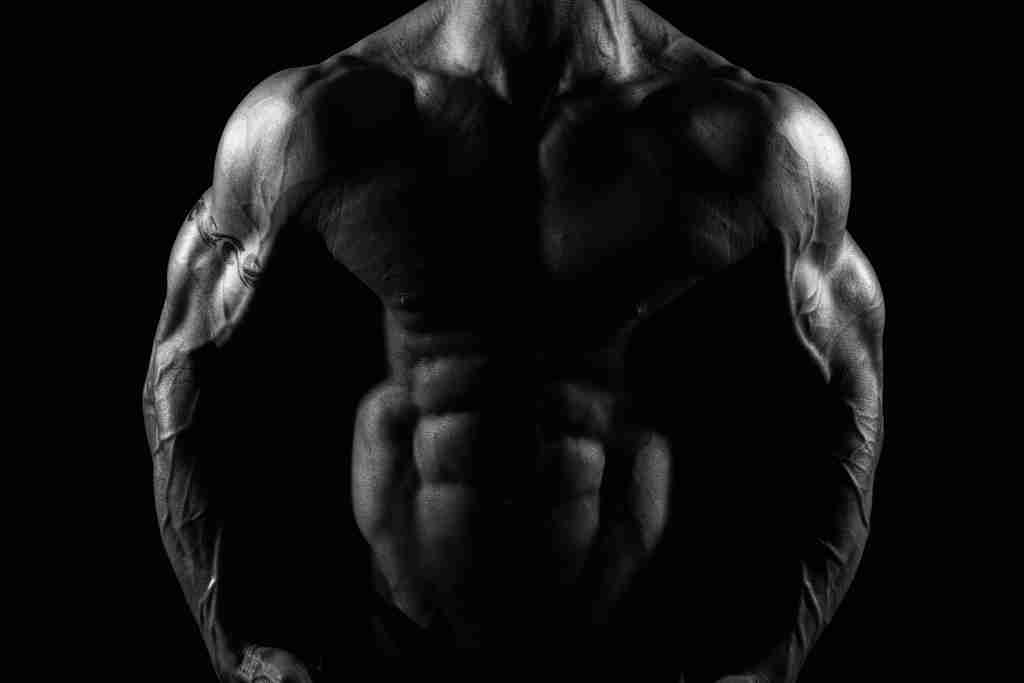 Can We Make Ourselves Superhuman?

Science fiction and comic books are rife with stories of the “more than human” human – either biologically enhanced through stimulants, genetic manipulation, and/or mechanical augmentation. I still recall some book I read a while back that posited that in the future, if you needed an extra arm to help you to get your job done, you could get one grafted on – either a real, flesh and blood one or a mechanical one. Of course, either one would listen to your brain and direct itself accordingly – by the time this was possible, we’d already had the ability to control these things by reading brainwaves. I remember that novel had scenes of three armed chefs making sushi or something like that and an engineer who was ten times more efficient and productive at building things since he had one extra arm grafted to his right side.

For some reason, this makes me think about that Da Vinci sketch of a human which we sent out etched into Voyager (or some such deep space probe) – there was no third arm on that sketch. I mean, would having an extra arm change the definition of being human?

For me, the tale that put it into most perspective was Stars in My Pocket like Grains of Sand by Samuel R. Delaney. I don’t really remember most of the plot, but I do remember a product that most everyone was using called General Information (or GI, probably a takeoff/natural extension of General Electric or the GE of today). The way GI would work is that everyone, and I’m not sure if it was just the privileged or everyone, got an implant put into their heads.

This implant had the ability to read thoughts and also place thoughts into your head. For example, if you thought about any question, the answer would pop into your head – you’d think, “what’s the weather like in Seattle today,” and a second later, it would tell you.

But it was deeper than that – if you were missing something, say, for example, you had never driven a car before, and you were behind the wheel for the first time, then it would guide you to learn how to drive the car by observing you and feeding you instructions from the satellite. The way the implant did this was to continuously monitor your thoughts and thought patterns. When the implant sensed that you had formed a question in your head or were searching for knowledge that you didn’t have, it would communicate with one of a number of orbiting artificial intelligence (or AIs). The AIs would gather the answer to your question (from their supposedly massive data stores, which contained all of the information in the known universe) or the missing knowledge and feed it into your brain as needed. Essentially, your brain was augmented by the infinite amount of data and experience these AIs had.

Now, we don’t have to orbit AIs yet (as far as I know – if we do, please let me know, I have a question or two for them), but we can ask a question and get a response with the answer. We do it every day when we type a query into our favorite search engine. Or ask Alexa. We already have near-superhuman abilities.

One could say that performing a Google search gets you that simpler answer. Before mobile devices, you were tied to your desk and could only get the answers there. Now you can simply perform a search from wherever you are and essentially get the same information that Delaney predicted that we would have back in 1984 (Actually, according to Wikipedia, Delany invented the General Information concept in 1976 in his novella Trouble On Triton, where you would type questions into a computer, and it would respond with the right answer – I’m sure other authors posited a similar service as well, guess it only took about 20 years to actually happen in a very rudimentary way over the internet, and of course, without the brain implants. I assume that we can get close to something like that, using audio commands and responses via augmented reality or glasses with heads-up displays or something like that.

Either way, we are very close to providing just-in-time learning, to be able to ask questions of our devices and get immediate correct responses on any question, anywhere at any time, from them. Inexplicably, the ability to have an instant answer to any question provided to you immediately is thought of as a bad thing by many. How can anyone possibly think that that is a bad thing?

A while back, on another blog, I wrote about steroids and how they should be allowed to be used in any sport in which they can provide a competitive advantage to the athlete. Apparently, that caused a bit of a stir as I took the position that in any sport, the athlete should be allowed to go to almost any length in order to defeat their opponents: surgery, implants, special diets, exercise, all manner of things would go into an athlete’s regimen in order for them to have that edge, no matter how slight, against their competition. What’s wrong with superhuman athletes, as long as all of them can be?

So when it comes to true body-altering drugs like steroids, why do we draw the line? Why can’t athletes be allowed to alter their bodies as they see fit, including the use of steroids, in order to gain an edge over the competition? As the drugs get more and more sophisticated, and drug testing cannot be total and complete, why not simply allow the athletes to take and do whatever they deem necessary in order for them to win.

Why is this a good thing? Here is my contention. If you believe in evolution, and I have to say that it’s pretty compelling, then over millions of years, nature allowed us to evolve to the state we are currently at (barring effects from Jean-Luc Picard or the Scaroth the Jagaroth from Doctor Who – at least both of these guys apparently did something to start the human race).

Nature has done a great job so far, but we are impatient. Instead of waiting for nature to evolve us, why don’t we simply take the next step of evolution ourselves – who is to say that the reason that we have the ability to augment ourselves isn’t the next step in evolution? Why can’t we make our own superhumans?

As a corollary for those of you who do not believe in evolution, is it not possible that God gave us the ability to eventually figure out how to evolve ourselves? That He took us this far and said, “OK guys, I did my bit; why don’t you take it from here?” As far as I’m concerned, we have been doing just that.

To me, these advances allow us to immediately get an answer to any question, to augment our minds electronically by connecting us with all of the data and all of the people of the planet (there is still plenty of human knowledge which still only exists in the minds of people – not everything can be found immediately online – and whatever we come up with needs to be able to tap the wealth of that knowledge as well – think hybrid crowdsourced and algorithmic – (as described in my previous book, Wonder Man Machine) are the next natural step in our evolution – instead of allowing nature to evolve us – we evolve ourselves by using devices to augment and expand our minds.

We are already cyborgs. We already can, in some ways, barely function without our connections to the world via the internet. Why not take that as a given: that this is our next step of evolution. That this makes us homo superior. We are already there.

The above is an excerpt from my book: Our Devices, Ourselves, available for a limited time for $2.99