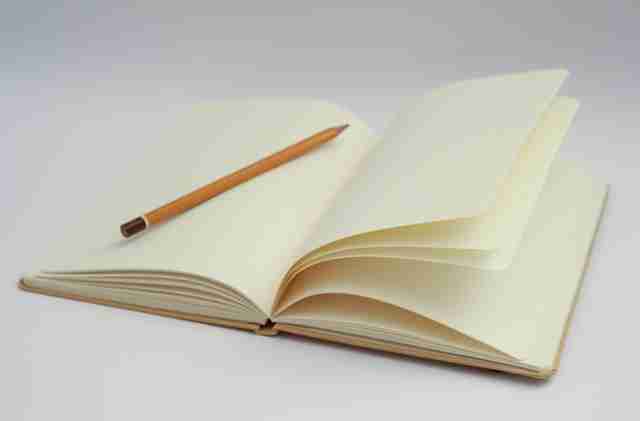 Being Productive Is Simpler Than You Think

Normally I stay away from discussions on productivity because if you ask me anything that you do to be more productive, you are less innovative. There are still a lot of times when you need to be productive. You need to have that laser focus on getting something done.

For example, there are a lot of people I know who are interested in writing a book. They comment on social media that they really need to write a book. They ask about tips to help them write a book like there is some magic formula, some “one weird tip”.

There is only one “weird tip”: sit down and actually write the book.

Unless you want to pay someone to ghostwrite this book for you. You then have to go through finding a writer to make sure that person has the right tone for you, and then even then, it’s a fairly expensive undertaking if you think about what you need the book for in the first place. It’s probably less work just to write the book yourself.

Basically, you write a book by sitting down and carving out time to write the book. You need to spend quality time, butt in your seat, focused on writing the book.

I had this problem myself when I was writing. I’ve been writing books for a while now, I’ve just released my fourth non-fiction book, and the only way to do it is to sit down and focus. Being productive is a matter of making the time.

Now what works for me may not work for you, but the number one way I focus is to shut out all external stimuli. Shut the internet off, put on some noise-canceling headphones, and put on some tunes (I must play the exact right tunes that will help me write quickly)

If I’m at home, I tell everyone to leave me alone and cloister myself in a room. And just write. I stream consciousness, blab everything out onto the screen and then go back and edit it later. Being productive is getting all of the thoughts on the computer so I can move them around later.

One of the key ways to be productive for me is to cut off those stimuli. For example, it’s amazing what you can get done on a long plane flight with no (or very expensive and slow) internet. I had this report I needed to do, and I kept thinking about it, but I kept putting it off until I got on a 4-hour flight. I was so productive on that flight that I finished the report in about an hour and then had time to read. (Of course, there is no need to book yourself on an actual flight – although I do know people who specifically select modes of travel so that they can focus on a task while they are traveling – I know a lawyer who preferred a 4-hour train journey from Toronto to Windsor because he could get a ton of work done on the train instead of on a 30-minute flight). You can recreate the conditions of that flight on the ground.

What’s another productivity secret I’ve talked about? Getting up at 4 am, of course. Although, I drilled into that whole “Getting up at 4am” thing in one of my earlier posts (it’s just about being away from other people)

So, my one true, not so weird, productive “trick” that I’m talking about today is isolation. Blockade yourself off from everyone and everything. Turn off your internet access, and imagine that you’re on an airplane for that set of hours. And just get it done.

Some people must push back and say, well, I don’t have the time for that. You certainly have the time to sit in front of the tube for hours binge-watching Stranger Things. Trust me, it will still be on Netflix after your book is written.

A couple more tips specifically for those who want to write a book: Amazon allows you to set a release date in the future. You are barred from publishing for a year if you miss that date! That is a huge incentive for getting your book out on time. Almost better than a human publisher badgering you.

Secondly, even if you are not a fiction writer, I strongly suggest that you connect with a writing group either via Meetup or with National Novel Writing Month (otherwise known as NaNoWriMo), which takes place every November, and has the goal of helping you to write a 50,000-word+ novel in less than 30 days.

When I did it, I wrote the first of a series of young adult science-fictions novels, and it really helped me get over the hump of writing that first book. You get this great sense of accomplishment. Before you start, you think that writing a book is a huge undertaking and there’s no way you can complete it.

In fact, all it takes is focused time and effort. You must force yourself to focus, put in the effort and get it done. Use the tricks I just mentioned, and you’ll be able to get that book out in no time.