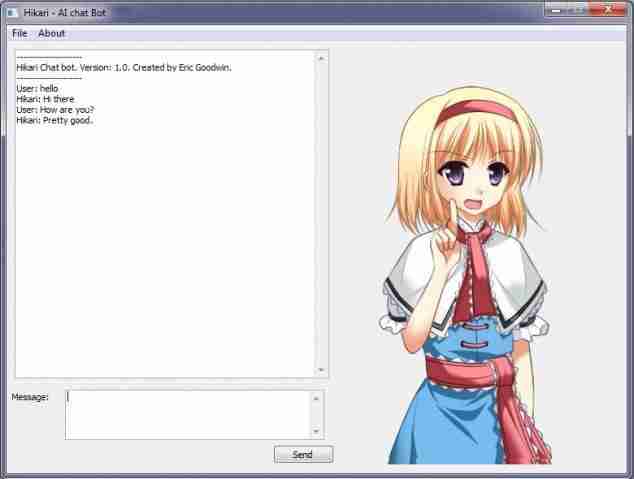 There have been several interesting articles over the holiday break about how Amazon Echos have been “behaving badly.” One was on a TV talk show triggering ordering things, another was a child in the house ordering dollhouses without parental approval. There’s a hotel in Las Vegas that will install one in every room, thus driving even more privacy concerns.

On the other hand, people love these devices. Not only do they help around the house, but they can also be a companion to some. People sometimes forget that they are always listening. I heard that there is even a court case where the Echo audio data was being subpoenaed in a murder trial. I wonder how much crime will be deterred or prosecutions made when there is a virtual fly-on-the-wall listening (and eventually watching) everywhere.

Today’s chatbots work on a “wake word,” harkening back to something I first saw on Star Trek: The Next Generation (of course, all things go back to Star Trek, it was probably the most influential cultural artifact when it comes to developing new technology). Whenever anybody wanted anything, they would just say “computer” and then ask a question because the computer was always listening. This is the same way these devices work, whether Google Home or Amazon Echo.

Privacy advocates are asking if this device is recording everything around it and uploading it to the cloud, or is it only listening for the wake word and then capturing that conversation after the wake word and then acting upon that. Right now, can we take Google’s and Amazon’s word for it that they’re not doing it (the device itself is not very smart – if they can sell an Echo Dot – a smaller, speakerless version of the device for $40-$50 – it likely it more of a conduit to the smarts than smart itself)?

However, the utility that people get from these devices is so strong and so high that they’re willing to give up that little bit of privacy. Well, if we take their claims at face value, it’s about as private as entering a term in a search engine.

Dealing with the key privacy issue here is both simple and complex. Right now, we are tied into these corporate ecosystems (Google or Amazon), major corporations which make their money from advertising and/or sales of products. If they’re the ones doing the listening and they’re the ones making the decisions on what to respond with, then that’s where the privacy issue occurs.

I feel we need to have our own bots that work the same way. However, they capture and store our information on our behalf and then let out only as much info as they need to in order to interact with the “corporate” bots. They can store this locally or in a secure private cloud under our own control.

That’s coming eventually, and this is a great opportunity for anybody who’s interested in creating a new startup should think about how do we creating these independent, personal chatbots that work the same way as these corporate bots and maybe even better than these bots, because they could know even more about us, without us being worried about privacy.

These devices need to listen to all the time. Otherwise, you get something like the Amazon Tap, which you must initiate with a button press – clunky if you ask me.

This is all an interim solution anyway. The real question is: how do we get our devices to help us without explicitly asking them to help us? For that to happen, we need them to know a lot more about us, not less.

In the past, I’ve talked about the Seamless World concept, where the ecosystem will simply help us do things we need to do when we need to do them by monitoring everything that we’re doing, then assist us proactively by doing what we need it to do for us, just as we need it done.

For example, let’s say that you have an appointment on your calendar in a city about 30 minutes away. The system sees the appointment on your calendar and automatically orders an Uber for you to arrive at the moment you need to leave to get to that meeting. Right now, you get an alert that the meeting is coming; assuming you set an alert early enough, you must pick up your phone to get to the car, or you can do it through your audio chatbot. You still must initiate that transaction.

It’s a simple example, but I think you can see where I’m going here. We spend a lot of our days and our cognitive meat space dealing with these little tasks – which we could conceivably offload to a human, fallible, expensive virtual assistant – or a super smart bot who can predictively make sure that these things happen when they need to.

If the system looked at all your data, what you do, and understood your patterns, it could proactively do these things for you. I know that for some people, that may even be scarier than the fact that these things have to be listened in.

We’re not going to progress into that kind of seamlessness without allowing these things to dig into our lives.

Recently, it’s been reported that humans prefer bots to humans as bosses. Conceivably since bots shouldn’t play favorites or be biased. If that is the case, then should we not also be OK with a bot listening or watching us, as opposed to a human? Of course, talking about building unbiased bots is a matter for another post (the bot takes on the biases of the people who program them, of course)

I feel that we’re going to get to the Seamless World, and not only will people not worry about privacy, but they will also desire even more strongly to give it up in order to get a virtual personal assistant who can, if you think about it, even make then a better human, or waste our brainpower on little things.