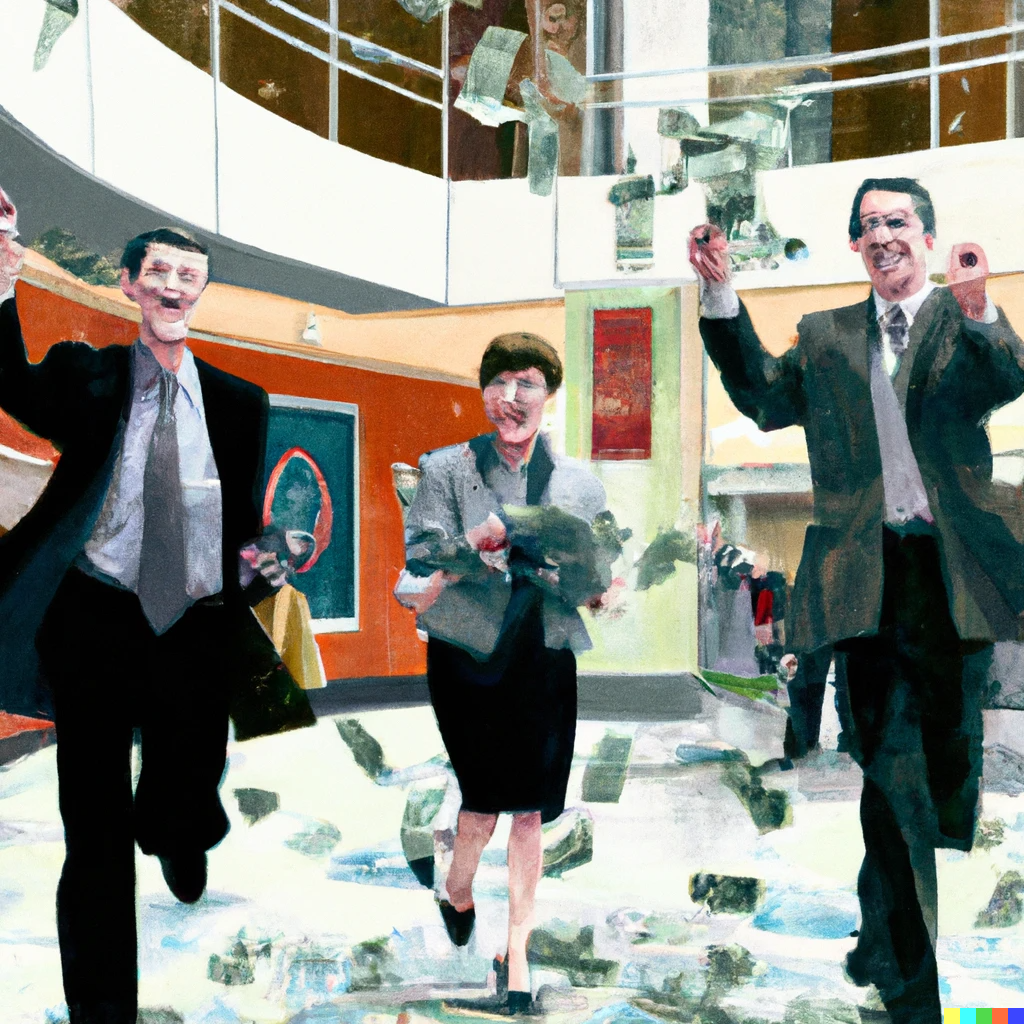 You’re looking at this all wrong.

Say, 120 000 people in total at Meta, Amazon, Google, and Twitter are now unemployed.

That’s 120,000 brand-new startup opportunities. Of course, some of those people might partner with others they’ve been working with. Let’s say they have at least one or two partners, so now we have 100,000 to 120,000 possible new startups.

The big tech companies didn’t lay off 120,000 people. Instead, they created 120,000 startup founders who might one day unseat them.

The thing about Silicon Valley and this thing about the tech industry, in general, is that the thing about tech industry, in general, is that there are so there’s so many innovations and interesting new things going on within These companies that they can’t do everything. But, of course, they don’t want to do everything, so there are plenty of times they run Innovation sessions. They’ve come up with the most phenomenal ideas, and many of them go into a patent pipeline, and some of them get built into prototypes. But, still, most of these fantastic ideas never make it into products, or patents disappear because they were not profitable for the company then.

However, you have employees all over these organizations coming up with phenomenal business ideas that will improve life for human beings worldwide. Some are minor improvements, and some are massive improvements. Still, people were too afraid to leave their companies and to do something about these ideas because they got into the nine-to-five. They’re okay. They like the benefits. They’re OK with the people they work with. They might not be too happy with the job. They might think it’s a little constrictive on their creativity, but they’re just okay with it, so they keep doing it. They keep spending time in these jobs doing this work even though at the same time they bubble over with unique new startup ideas, but they don’t act on them.

Sometimes they don’t act on them because they’re not very entrepreneurial, but they don’t act upon them because they’re comfortable. They’ve got a place with people they like, and they do a consistent and okay job, and there’s money coming in, and it’s a steady state. As I said, people love steady States even though they don’t exist, so now we have these 100,000 to 120,000 startups or groups of individuals free to start their new businesses.

This is the opportunity, this moment before too much time goes by. This is the perfect opportunity for these startup Founders to become business owners because all these 120,000 individuals received severance and a layoff package.

This is the perfect opportunity to turn that lump sum into the next unicorn startup.

One hundred and Twenty thousand people now have the time and money to pursue their dreams. They can create brand new companies that could cure cancer or develop new features for Instagram. I don’t know. They might have the lamest idea ever, or they might have a fantastic idea that will improve Humanity immensely. Still, they have never been able to explore the possibility of being able to do something with the idea but now that they can.

Sure, it sucks to be laid off. But now they are free.

If you were laid off, my advice would be:

You have a span of time and a pile of money that you can turn into your dream business. The opportunity is right in front of you. You have everything that you need. All you need now is the drive to start to go experiment, try it out, and see if there’s a demand for what you see, what your dream is seeing if somebody wants to buy what you’re envisioning you were never able to do it before now you can this is the moment before it gets too far away from when you were let go because when you were allowed go when would you let go you had the maximum amount of time and the maximum amount of money in the bank to be able to build your dream.

If you wait, that money will be gone.

If you wait, that time will be gone.

if you get another job, that time will be gone

Now is the perfect moment to build that startup.

Your layoff has given you a fantastic opportunity you may have never had before: use it to your advantage.

It’s not the end of the world. It is a new chapter in your life, and if you build something that raises the level  of human flourishing on this planet, you will have done much more than your company will have done you such a favor will have done Humanity such a favor in letting you go and giving you that Severance so you can build this business imagine what amazing things that you can do now that you could never do before

You have the opportunity now.