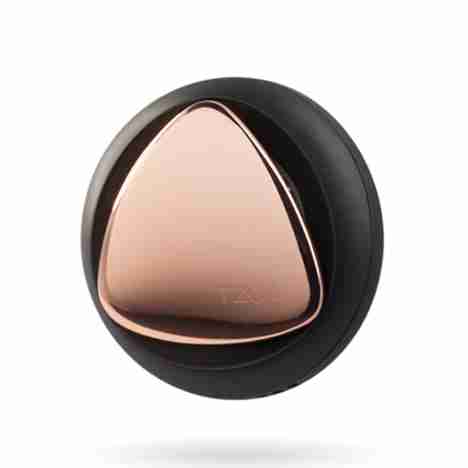 The Trackers Are Here

How would you live differently if you knew exactly how your environment was affecting you?

Back in 2007, I wrote a set of predictive stories about what life would be like 10 years out. Really interesting to go back to that time and see how much of that is on the way to actually happen: some of it – like 3d printers, are definitely moving along at a rapid clip. Others, not so much. Here is one of those posts, reprinted from here.

Dateline 9/30/2018 – Houston, Texas, United States: Everyone is familiar with needing to map out your drive with Google Maps prior to getting in your car in order to avoid pollution contaminated zones. Well, WMI (Waste Management Inc) has announced a new product which makes it a lot easier to determine whether you are not heading into a contaminated zone. Instead of having to map out your route around the zone before you leave, WMI’s new product, AvoidIt! ™, will automatically send you an SMS just prior to you driving into a contaminated zone. Unlike widely available wireless phones with integrated atmospheric sensors, WMI’s AvoidIt! will track your location via GPS and alert you via a text message or phone call if you are about to drive into a contaminated area. Also unlike atmospheric sensor phones, AvoidIt! can also alert you if you are about to drive into an unsafe area with undesirable populations, so its an excellent safety choice as well. “I signed up all of my family on AvoidIt!, says Cynthia Khan. “While all of our phones have atmospheric sensors, I like the fact that I can track all of my families movements as well” Cynthia set up an alert for her husband’s cell phone which alerts her if he ventures near his ex-girlfriends apartment as well “It’s a great tool” she says.

Well, guess what – like I said before, being a futurist is a bit like being a weatherman, sometimes you are right but at the wrong time. Looks like the prediction actually came true a few years early – 2015 instead of 2017. Instead of the too obviously named “Avoidit!”, enter the much more creatively named TZOA. Kickstarted by a bunch of my fellow Canadians (eh?) from UBC, its looks like a very cool and very useful device – considering what is happening in our environment today.

This little gem is beautifully designed and carries 6 sensors:

These guys seem to have it right – a good number of sensors and they tell me an open API – it will be very interesting to see what they can do with it. I especially love the fact that they are using a Waze style data gathering model in order to track the data – if you ask me you will see more and more crowdification of absolutely everything.

Of course, this little device can only track environmental issues, where the “Avoidit!” also tracked crime and other statistics – you might say that my ideas were a bit less – ahem – politically correct – than the folks at TZOA.