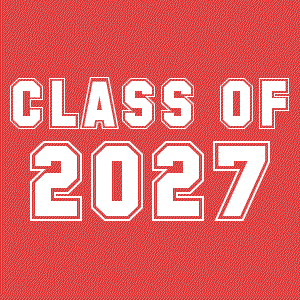 When we ran our first enterprise-wide innovation program, we were gathering all sorts of great ideas from our client employees, but there was something missing. After launching the program and running it for a while, it became pretty obvious that most of the ideas which were being generated were incremental features which were simply new add-ons to existing products – extensions which would make products better, improve the customer experience, make a little more money and refinements, so to speak. Thre was a category for out-of-the-box ideas, and mashups (where they would blend two or more ideas – see the idea blender) but we didn’t get a lot of really hugely disruptive breakthrough ideas. They didn’t think further out.

So we needed a new plan – some way to get people thinking about truly new, disruptive and game-changing ideas.

Right around that time, the company was celebrating their 10th birthday. Part of that was a yearlong celebration of all things about the company, they had told stories about the company’s history, and printed up a large commemorative photo book detailing the history of the company, from the early days when the founders would have to sleep under their desks in their cubes at their first office in Mountain View, all the way to getting into the Guinness Book of World Records, all the way to the present day, where 12,000+ employees where creating cool new products. The photo book ended with a montage of everyone who currently worked there, and then at the very end, a blank page. A blank page, for all the employees to complete. An empty space to map out the next ten years.

When I saw that blank page, I had a thought myself: while it’s great to look back 10 years over the course of history, what if we took ALL employees and asked them to look 10 years forward instead? What if we ran an internal, crowdsourced, innovation program (which would more accurately be called a foresight program now) asking people to put their minds into the year 2017, and try to envision not only what the company would be like in 10 years, but what the internet would be like, what interfaces would be like, what the industry would be like, what their customers would be like, and finally, what would the world be like? After pitching this to the CEO directly, we got the go ahead, and built out a program which we literally “set” 10 years out – we developed what we called a “Futurist” program. With the assistance of the Institute for The Future, we came up with “artifacts from the future”, styled all of the materials in a cool, fun retro-future way, and during the course of the month-long program, posted blog posts from the year 2017. We were able to help them think further out.

The program was a huge success, generating a ton of excitement and ideas, and we had a lot of fun running it. In the end, a lot of the ideas ended up being almost perfectly suited for induction into the patent program we were running, so not only did we fire up the organization to think with more of an eye to the future, we built out a lot of interesting new product ideas, many very disruptive. In fact, some of the ideas we came out with back in 2007 ended up in products like Google Glass.

Since then, we’ve run this exercise a number of times and I can tell you that we always have great results – even though you ask people to think 10 years out, most of the time the ideas end up in that sweet spot between fantasy and what you can build today, probably about 5 years out, which is great for setting your future strategy.

Fun and useful, what more can you ask for?