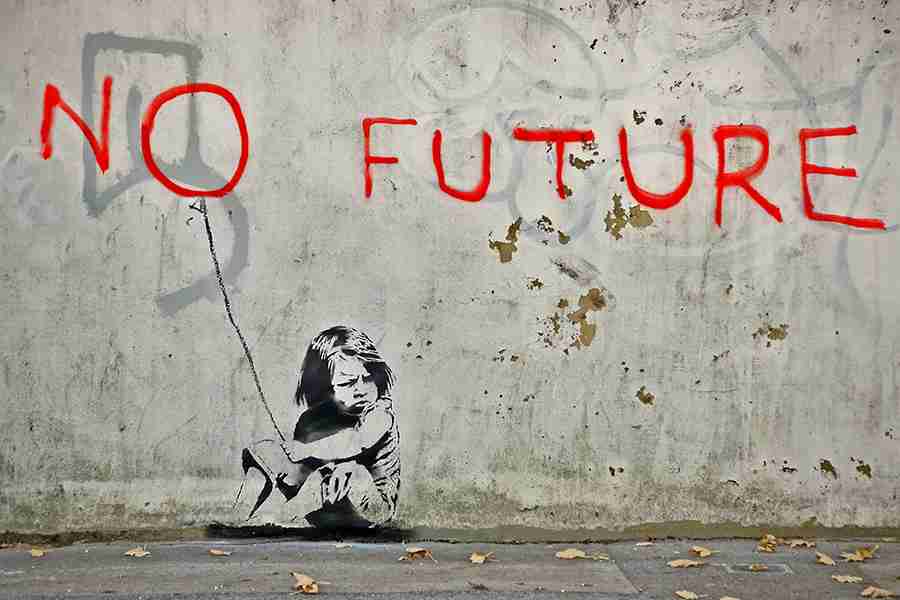 A few posts back, I wrote a note about something I’d recently seen in one of the all-hands meetings of one of my clients. This financial services company had been in business for a very long time, and moving innovative products and services to market was a huge challenge. Even in good times, this firm was highly risk-averse and frequently fell behind its competitors in providing new customer-friendly experiences. However, senior management was unconcerned since they considered themselves too big to fail. They’d been around 200 years, and they’d be here 200 more, no matter what happened, no matter how technologically advanced, there was still a demand for their services.

Even a landscape analysis of competitors in the financial services space didn’t worry anyone. They noticed that most of these services out there which focused on a specific service or set of services – like those that focus on payments (like PayPal and Venmo) or mortgages (Rocket Mortgages) or GreenDot (pre-paid cards and savings accounts) all of their competitors weren’t as profitable as themselves. Additionally, they noted that many of these single-service companies were looking to expand their services to become full service, just like themselves.

Even in good times, they rarely looked out further than a year, but they at least had an IP group that captures possible future value.

Then the COVID-19 crisis hit—time to batten down the hatches. The plan was clear. They were going to use this crisis to tighten their operational model further.

Business strategy tenets tell us that there are only two main routes to creating value: one either reduces costs or produces a higher willingness to pay for customers. The former is more manageable than the latter, since cutting costs and expecting more from less, either via downsizing or digital transformation, is easier to quantify and execute on. It’s the “devil you know.”

They were content to finely hone their operating model to cut costs to the bone. They were happy to eliminate any programs which did not immediately pay for themselves and de-prioritize any innovation work, which was more than a quarter out, virtually eliminating any thinking on any project which did not have a return within 3-6 months.

Even the IP group, which had spent time building a sizeable, valuable portfolio, was practically shuttered, now only focusing on protecting small incremental changes to the firms existing services. In focusing on cutting costs and improving its operational model, it was focusing on the known, on the past.

That’s when the head of the Innovation Group uttered the above statement in the all-hands meeting.

“At this point, thinking about the future is meaningless”

Pop Quiz: This venerable company, which has been around 200 years, and has aspiration to be around 200 more. Do you think its got the correct mindset to do this?

The answer: a likely no. I’d almost say that this company is already dead. It is merely yet to be aware of its fate.

More than likely, sometime in the next 5-10 years, new players will capture most of their market share from new customers. Their current customers will flee for new players who will be able to provide a better, higher quality experience. There is a pure disconnect between what the firm offers and is planning to offer and what the customer needs.

The sad fact is that this will continue – the firm thinking that it is serving its customers well – and its customers and prospects veering further and further away from this. The financial services space is already a commodity. Increasing value via cost-cutting can only go so far. To create massive amount requires expanding the customer’s willingness to pay – which requires forward-thinking, design thinking, and the development of solid business models to support that.