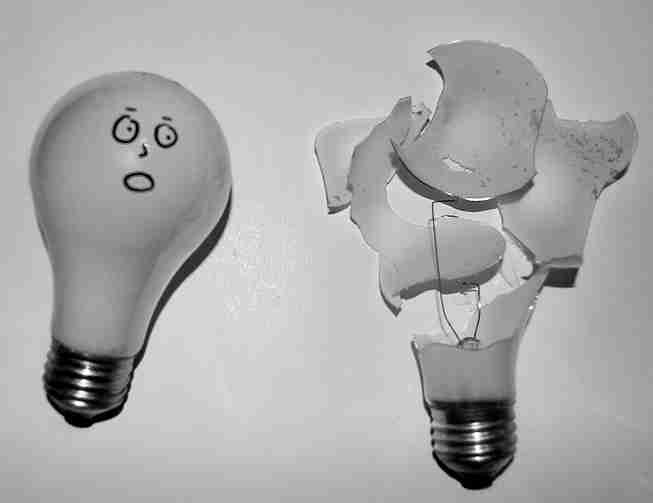 Do You Need to Disrupt?

Let’s face it – most people don’t like change. We like things being the way they are – even the word “upset” has a negative connection – to turn over the “set” to break with the established order. The only problem is that we can do so many things just to SOLVE, only we would be willing to “upset” things.

As I write this, I can hear raindrops on my roof – California is finally getting some much-needed rain. We’ve been in a severe drought for over four years; no doubt you have seen those scary photos of lakes simply disappearing – boats in the middle of the lake beach. Our water is disappearing – it has barely rained here, and we are feeling the pain. Until the last few days, we’ve had almost never-ending sunny days for the last four years. No one knows if we will see enough rain this year to take us out of the drought.

When I read and watched an interview with a scientist who hadn’t showered in 12 years, I thought about that. He used very little water, only washing his hands just before performing experiments. Apparently, he had devised a way to stay clean by spraying himself with a mist that he had invented, which combined beneficial bacteria which both destroyed the bacteria which made him smell, and at the same time, supplemented his skin with other bacteria (from dirt, apparently) which nourished his skin.

He is now selling the stuff, of course. The story and interview were played for disgust – they even had three willing people from their staff try the stuff out and not shower for a week, and (not surprisingly) all but one thought it was not very good. The article on the topic was interesting – it mentioned that our penchant for bathing was apparently extreme before Christianity’s rise, which linked cleanliness with promiscuity.

Wonder when “cleanliness is next to Godliness” became the norm.

After I read this, I thought to myself: this is a great idea. It’s the right approach to address the water situation (assuming showering does make a pretty sizable dent in our water supply). We don’t need to be using all the water we do: why doesn’t some enterprising entrepreneur develop a shower based on this scientist’s formula? Instead of a shower every morning, we’d step into a fine mist of this stuff, dousing ourselves and killing all the bad bacteria without using up our precious water. I can see the Kickstarter page even now.

However, when I suggested this to people, they thought I was crazy. What? Are we not supposed to take showers now? It may be “upsetting,” but if you think about it – it’s the future. No matter what you think of climate change, reducing our water use can only be good. Why not come up with a waterless shower that cleans you with science.

There is a company here in Silicon Valley called Suitable Technologies, a product called the “Beam Telepresence Robot.” To describe it: it looks like a flat-screen monitor (about 20 inches) mounted about human height (around 5’ 7”) on two pillars, which are then connected to a drive unit on the floor that can move the unit around. The screen has speakers, microphones, and a video camera for the remote users to see who they are looking at, and the drive unit on the floor has sensors to detect if it’s going to bang into walls. The entire unit is controlled remotely over the internet from a laptop. It’s supposed to mimic a real live person standing and talking in front of you, the screen presenting the webcam image of the person controlling it. It is a crude form of virtual telepresence, allowing the remote person to move around a space, interact with people and be virtually there. At first, when you see this thing, it looks a little freaky, but then you see your buddy Sven from home office accounting on the screen, and you can chat with them and walk down the corridor with them and even walk into meetings. It’s like being virtually there.

The Santa Clara Convention Center even has these things for rent. If you can’t make it to a conference there physically, you can at least be there virtually.

There is a local organization called the Institute for the Future here in Palo Alto, and they have one of these units. They find it a handy tool and an interesting technology, not only for use in telepresence but also to measure reactions to this kind of technology. I’ve seen them use it to “beam in” remote presenters and others who can’t be there for a presentation. After you get over the initial short shock, you completely get it, and it’s like the person is really standing right there.

A while back, as an experiment, one of their researchers and someone driving the Beam Pro drove/walked around the corner to a local pub just around the corner of their offices. The moment they came in the door, they were, apparently, rudely rebuffed and told to leave.

I can’t imagine what was so scary about a woman and her telepresence robot. But apparently, the clientele was quite agitated and asked her and her remote companion to leave. And this is in the heart of Silicon Valley, where we literally have a shop staffed only by Beam robots. When I thought about this, I realized that the future is very upsetting to some.

However, that only makes me think that we are on the mark. If the futures we are weaving and the innovations we are creating aren’t upsetting someone, then are we really doing our jobs? Are we really pushing the envelope? Are we staying in that safe little box when we innovate, or are we making people uncomfortable? Are we upsetting them? We should aim to disrupt.

Part of our mandate should be to push the envelope and make people feel a little upset about where things are going. Get them to think about those futures, trigger thinking, trigger innovation, and push them to think thoughts out of the mainstream.

So here is the question: how disruptive can you actually be when you come up with these ideas in your program? I’ve mentioned that some great ideas go unpatented because the company doesn’t think that the ideas will have any application in the company’s current or future space; what happens with those ideas that are too upsetting for your company to even think about?

I’m sure that someone within your company has probably thought about some ideas that would totally ruin your company. Products and services are so much better than your own that even thinking of someone out there with them makes your senior people think, “let’s not go there.” I’ve seen where ideas are squashed in brainstorming sessions as being too radical (I was in a recent session where someone said – “if we implemented this idea, it would completely undermine our entire industry – might be a bit too radical for us.”)

You have to think: if my people can come up with an idea like that, then it’s pretty likely someone else will as well. That someone else could be your soon-to-be competitor.

So what do you do?

You have to find the right balance, based on a ton of factors, but mostly your organization’s tolerance for radical ideas. This is not something I can prescribe – this is something that you will get some a gut feel instinct about how radical the ideas you feel your business can accept.

If you are new to the organization, you probably should tap a more senior member to be on your team, or at least as an advisor, so they can give you a sense of what will and will not work.

Sometimes these things will sort themselves out – when I ran a program for one company, I purposely entered an extremely radical idea into the system to see what the tolerance level was like. I can’t tell you the exact idea. Still, it had something to do with creating a portal for various religions to present themselves, information and discussion areas, how to convert to that religion, etc.

That idea was universally downvoted and became the most unpopular idea pretty fast. Even if the commentary against the idea was thoughtful, you could see that the company had no stomach for doing something like that – you could see that it was all risk for little reward. The crowd dissed the idea, giving me a sense of how radical an idea would have to be for it to be knocked down by the company – some slightly less radical ideas made it through. By doing that, you get a sense of what’s allowed and what’s taboo. At least they didn’t tell me to obliterate the idea – that would have really made it far too radical.

You need to test the boundaries of the disruptive ideas and slowly push them out. You can’t just leap forward and be incredibly radical on day one – you need to ease the company towards a more disruptive future slowly.

One of the more interesting exercises I’ve done is KILL THE COMPANY (based on this book). It’s a free-for-all brainstorming session where you get people within your organization to devise ways to disrupt your company. What would a competitor, or outside agency, or massive change in the industry or the world have to do for it to kill your company literally?

For example, let’s say that you are a gig economy startup that accepts packages for your customers, holds them at a secure location for them, and then delivers them when you get home.  You buy your things and ship them to this service; they text you when the package arrives and then arrange a time for the company to drop it off at your door when you are home. This is a real service that is out there now. It’s mostly for people worried about their packages being dropped on their doorstep when they are not home and are then possibly stolen. What could destroy this whole business with one stroke? FedEx, UPS, and USPS decide to hold the packages at their local location and then text you and ask when to deliver the package after hours when you are home. One relatively minor revision by a behemoth, and your company is toast.

You are the only one who can truly judge the level of disruption that your company can accept. At the same time, it’s also up to you to expand that bubble of “safe” ideas to allow your company to grow and welcome those truly disruptive ideas because those are the ones that will truly change your company. Because if you don’t, someone else will.

They may even end up as unicorns and make everyone happy.

Disruptive Innovation. Most people run out of steam,or more correctly Railway Track.
The point is they have good ideas but dont know how to get to their destination.
If you have genuine interest and some knowledge on the subject,suggest a path to take ,not one ,but many and when you see one that excites run a bit with it and ask how would you tackle that, listen, suggest,agree,Then leave them withyour phone number ,so they have someone to bounch ideas off and wont ridicule.
Sometimes all one wants to hear is a positive echo!