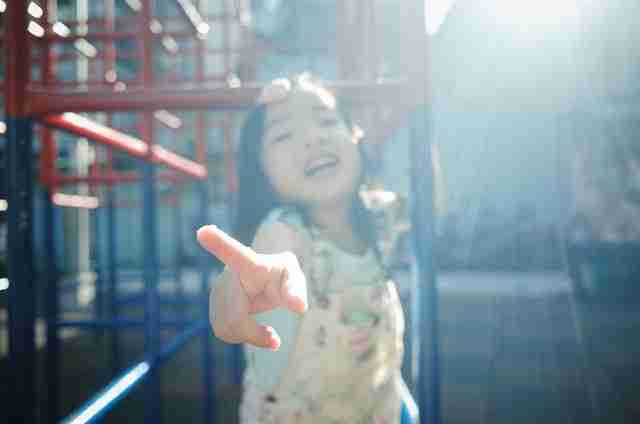 Now when was the last time that your boss, your manager, your CEO turned to your employees and said: “Stop working. Go Play.”

Maybe in very few places. For those of you who work in large enterprises, how often have you been told by your manager or your senior management to “stop working and go have fun?” Never, right?

Whenever I’ve worked for larger companies I’ve never had somebody come to me and say that. It happened in the startups I founded and worked in, but never in the larger enterprises.

There is a direct correlation between the amount of time spent playing and innovation. This is likely one of the reasons startups outpace larger enterprises when it comes to innovation.

Think about this for a second. What is the typical reaction to disruption and downturn?

Work harder. Work more. Focus on what works now, do more of that, keep your head down.

If you keep your head down, you might just run into a wall.

Dealing with disruption and downturn call for more innovation, not less. Typically, human beings have trouble innovating when they are deeply focused on the task as hand. When you put all your efforts into maintaining the status quo, then you can’t see what’s coming.

You need to raise your head and play.

In my last post, we talked about generating innovation by running an internal innovation program to unearth innovators within your organization.

Which is great and works. However, what is the message that you have given these innovators? You have told them repeatedly through your actions and inactions and through subtle communications that play is bad and they should get back to work. Play is where the innovation comes from.

Remember the movie Wall Street? Michael Douglas played Gordon Gekko, a ruthless investor who stepped on anyone in his way to reach his goals. One year for Halloween I dressed up as him, with the striped dress shirt, suspenders and half smoked cigar, going around my offices, yelling at people to “Get back to work.” and “What do I pay you for?”

Some people feel that this is the reality in today’s enterprise environment, especially since the troubles of 2008, and the low growth we’ve seen since then. Many enterprises are taking this opportunity to run a much leaner operation, the upshot of which that it’s almost riskier to have a full- time job with a middle to major corporation than it is to be an entrepreneur.

It’s almost flipped. It used to be that a startup entrepreneur’s life was very risky in that you weren’t sure where it was going to go and what was going to happen. Now with all the mergers and acquisitions activities and changes in the market and disruption, it’s almost as if your typical nine to five corporate job which supposedly is the bastion of security has become completely the opposite.

For example, look at Google’s 20% rule, where you should spend 20% of your time doing non-work activities – some of which could be play. It’s a break from the everyday grind and focus to allow people to think up new things.

People need the time away from their day to day work to think about new products and solutions.

For those managers who think play is frivolous, think about this:

The human brain is an interesting thing. It’s multi-tasking on so many different levels. When you’re doing X, your brain is really doing Y.

How many times have you come up with a solution to a thorny problem that you were having when you were doing something completely different? Let’s say you were working on a particularly difficult problem. You’re working on this problem and you’re sitting at your computer and you’re thinking and thinking and thinking about this problem and then eventually you give up and go do something else.  So you go on a walk or a bike ride or you go shopping or you have a shower or whatever.

How often, in the middle of this other activity, suddenly the answer to (or at least a new angle on) that thing that you’re having trouble with pops into your head?

When you ask your employees to play, not only are they creating new connections and new juxtapositions in their play and being creative, in the back of their minds they’re also solving the problems that were bugging them while they were working.

It’s never “useless time”. It’s not time that won’t go to any benefit for your company. Your employees may be appearing to be playing but in the back of their minds, they’re still working. In some cases, the background processing actually can give you better results than the foreground process.

Don’t just expect your employees to work 120% of the time. Give them some time to play and be creative during work hours. They don’t have to be productive all of the time – while they play, not only are they building new products and services in their minds, their brains are also working on the tough problems of real life.