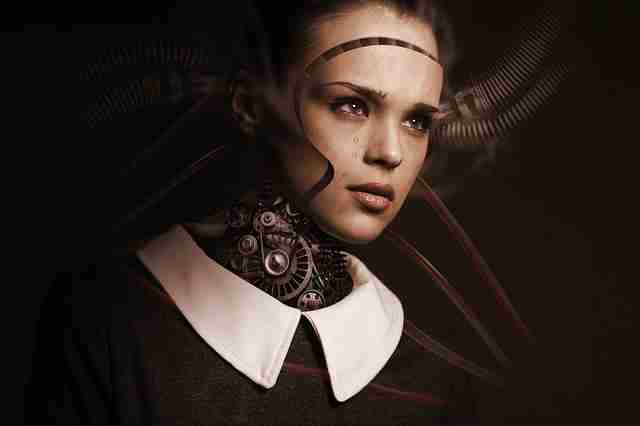 We’ve nearly reached the point – or have passed the point in some cases, where we can no longer operate without augmentation.

When was the last time you took a break from looking at your phone or disconnecting from social media?

As I’ve said before, we are already cyborgs to a degree, and although we don’t have cybernetic implants like the Borg, we still cling to our devices as if tearing them away from us tears at the skin. Even worse, we have begun to trust our devices – I’m guilty of this as well – when I book a call or meeting, I have to put it directly into my calendar; otherwise, I will never remember it. I’ve even gone so far as to say that if the meeting is not in my calendar, then it doesn’t exist.

I’m using the device as a backup brain, my off-brain storage facility, instantly accessible via a few taps. Gurus like Robert Allen of Gettings Things Done applaud this kind of approach, urging people to write tasks down and just do them if they take less than two minutes, and schedule them if they take longer.

We already trust our devices to remember everything for us. So much so, that we are ready to give up our privacy to the corporations who run the apps on these devices, capturing our information and using it to present us with ever more compelling information, continually revising itself to make us more emotional and outraged.

It’s almost worse than a drug since a drug typically doesn’t morph its effects based on the user (although there may be drugs like that out there of which I’m not aware). We trust our technology, and when it fails us, we blame the technology, when, in reality, we should be surprised that it works as well as it does at all. We want to trust the technology, but maybe we shouldn’t.

Maybe we need to be more critical of the technology, which is sucking away our time in meaningless pursuits, and degrading our happiness. In a recent study, users of social media saw a marked increase in their overall happiness when they dropped off of social media.

There’s been story after story which discusses how the communities of interest effect, which used to be such a positive force in connecting people who might not never usually meet together to discuss shared issues and not feel so alone, to forums where humans hate can spiral to a fever pitch.

In the end, we need to be much more coldly clinical (and cynical) about these wonders of technology, which seem to have improved our world so much. How can we trust future virtual assistants that they really have our best interests at heart when they suggest a purchase based on our needs and not Amazons?

While the disruption is necessary and inevitable, our reaction to these machines should be more cautious – they are not here to save us, they are here to serve us, and we should remember that, and claim back some of the humanity that they have stolen from us.