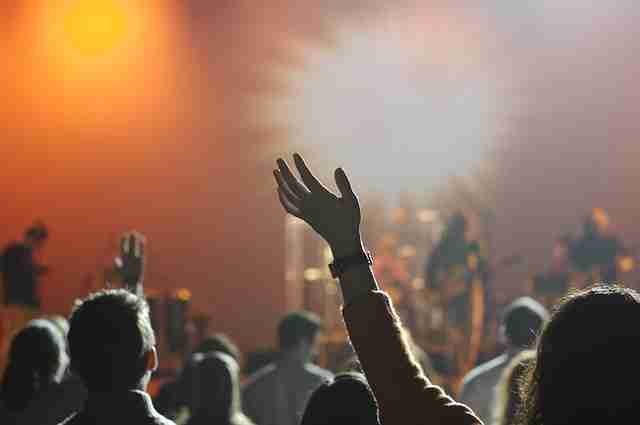 Just Because Something Is Popular, Doesn’t Mean Its Relevant

If Google is down for 5 minutes and shuts down 40% of the internet, something is wrong with this picture.

If I can paraphrase Bruce Sterling’s statement below – not only has the concept of the internet shrunk for most people to those five sites (Amazon, Apple, Facebook, Google, Microsoft), I’ll venture to say that 80% or more of internet users actually never experience the internet beyond what these sites allow them to see.

I tweet a lot – usually interesting links that I find all over the place, mostly from non-big-5 sources. Some come from obscure email newsletters. Others come from software that I developed to pull the most interesting stuff in different topic areas of social networking sites. They seem to get many retweets and comments like “great post” and “why haven’t I seen this before” because I purposely go out and look for information that I’m led to from sources OTHER than the Big 5. I’m usually astonished daily by this fact. This tells me that there is some disconnect – that the Big 5 is failing to deliver the more interesting, compelling stuff. And if you ask me, that truly goes against the internet’s original vision of a level playing field for content and communications.

The fact of the matter is that most people do experience the web through the lens of Google. You may be the most authoritative site on subject X, but if for any reason you don’t rank on the first page above the fold, or even the first page, or even the second page – fuggedaboutit.

Remember the Long Tail essay by Clay Shirky/Chris Anderson? Whereas the cost of maintaining content on the web approaches zero, the possibility that even the most obscure stuff for even micro audiences would still be out there is accessible? However, this is true – to an extent, none of the Big 5 are doing a good job of pulling that long tail into the masses’ consciousness anymore.

My good friend Peter Savich wrote a great paper on this, discussing how Google was triumphing over other search players because it was focused on both the long tail and the head of content, whereas other players only support the head at the time. Since then, Google has reduced the screen time of the long tail and prefers to focus on the larger audience, providing the most bang for the advertising buck. Why present some obscure long-tail result when a similar head result with a better ROI can be shown? Sure, it likely makes more money for Google, but at the expense of providing the searcher with interesting long-tail content.

I remember once when I was at Yahoo!, and Terry Semel, our president at the time, at one of our all-hands meetings, dissed long-tail content as being amateurish and unimportant. It may be the former, but it’s not often the latter.

In fact, if you ask me, these Big five leverage the work of the long-tail content producers to gain market share for their own products and their “head” content partners. Back when I used to podcast, and podcasting was getting popular, Apple announced that it would add the universe of podcasts to iTunes. Podcasters were overjoyed, assuming that would bring them to a vast new market. Many listeners switched from their favorite podcatchers to iTunes to take advantage and subscribe to their favorites. Shortly after that, Apple started driving those listeners to similar “head” partners (note how their announcement of a billion podcast subscriptions touts only their cherry-picked “head” favs) and other content that they had selected. Once again, the long tail of content was not presented to new listeners; in the same way, Google shuts out or reduces the screen time of interesting content.

If you ask me, the most interesting and compelling stuff, which is still highly relevant, appears in the deep results. To see what I mean, just for fun, do a Google search, then hit the second to last page to see what you get. Skip right over page 1. I’ll bet you’ll see some exciting stuff you never thought you’d see, which might even branch you off into other, more interesting layers of inquiry.

At one point, I proposed an “anti-search” engine, which would purposely invert Google’s results and present the least relevant stuff first. Or another variation would randomize the results, purposely throwing some of that deep stuff onto the first page for fun.

As I mentioned a while back, some of the most interesting stuff on Kickstarter and Indiegogo is at the bottom.

The internet is supposed to be a great playing field leveler – you can reach this blog just as easily as you can on the New York Times, Techcrunch, or Twitter. But searching for a “startup innovation blog” will take you forever to find this. I have no idea how far down you have to go to get here… (Although we are the second entry in the “innovation startups futurism blog”) 😉

It seems to me there is a ripe space here for the plucking: that the Big 5 have sorely let down the original promise of a level internet playing field and that new search, social, and discovery players can enter the space and kick ass. I guess there still is a ton of revenue in the tail, and it’s time to harvest it.

This week Facebook’s ban-bot went berserk; Github went down; and all Google services collapsed for a few minutes, taking 40% of the Internet with them. Just another week on the Internet, then. We love our centralized services, until they let us down.Bruce Sterling calls them “the Stacks”: Amazon, Apple, Facebook, Google, Microsoft. In his most recent always riveting State of the World conversation, he wrote:In 2012 it made less and less sense to talk about “the Internet,” “the PC business,” “telephones,” “Silicon Valley,” or “the media,” and much more sense to just study Google, Apple, Facebook, Amazon and Microsoft. These big five American vertically organized silos are re-making the world in their image.

via The Internet: We’re Doing It Wrong | TechCrunch.