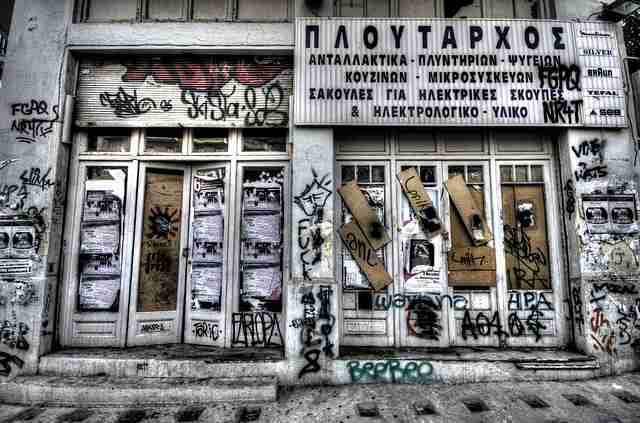 When I read that statistic, I thought it pretty odd. I mean, are the companies that are around us now all less than ten years old? Are they all part of that tiny 4%, which made it through? At first blush, it sounds wrong.

But then, think about all of the failed companies over the last 10-20 years. Remember the massive failures like Webvan, who blew through a ton of cash before failing, or HomeJoy, which just ran out of money slowly. Solyndra, Munchery, Jawbone, Theranos, Beepi, Drugstore.com, Quixey, Kosmo, eToys, Perts.com, Juicero, Hipmunk, Shyp, Path are just a few. Here are 189 of the biggest, costliest ones. If you run the numbers, the percentage which lasts ten years or more does end up in the single digits.

There used to be a website created solely to record companies that were dying or had died. It was called “F**kedCompany,” and it went viral during the first colossal culling in the internet space. The founder of the site even gained some notoriety when it was quoted in many news sources.

Startup employees would scan the site to see if they were on the list – some companies even configured their networks to block the site. I remember that time as well – I was the VP of Engineering for a web design company – my first Silicon Valley job – one of the first web design companies building interactive websites. Those were the days we could seriously charge our clients up to a $1M for a single webpage – HTML was such a foreign language at the time, major corporates would pay us millions to simply maintain static web pages.

Many companies came and went then, and while the clip is not as quick, it still happens today. Maybe the leadership isn’t forward-thinking enough; maybe the customer service is not there, maybe the product never reached true product-market fit, and limped along on funding until it was unceremoniously shut down. In some cases, the leadership and employees knew what was coming – in other cases, it just landed on them like a ton of bricks – employees would show up one day with the doors locked and their computers and servers confiscated by creditors.

The reasons why these companies failed are varied. Still, they all have a common thread – they were not able to predict something accurately – whether it was demand, or revenues, or the market, or their costs, or the features their customers were willing to pay for. Something was wrong, and their leadership didn’t figure it out until it was too late, or a black swan event just happened out of the blue and took them down.

While it’s impossible to protect yourself against every eventuality, you can still build a better map of your future – your customers, your industry, your competitors, and, using foresight science, forge your ideal future.

This map will help to guide you, providing actionable insights on what you need to do and when.

Isaac Asimov came up with a concept called psychohistory in his Foundation series, envisioning a future where the science was so accurate that it could predict events thousands of years into the future. While we can’t admit to being anywhere as prescient as Hari Seldon when it comes to those kinds of timeframes, we’ve proven, time after time, that our predictions are reasonably accurate.

Our patents, some filed as far back as 2007, are seeing product development today by our clients, or the new patent owners, today. Several ideas which were generated by one of our clients at a futurist program we ran, led to a suite of patents which accurately describe augmented reality a full ten years before it was even a term. We predicted things like 3D printing, telepresence pillows, and many other products as well.

How can you make sure that your company is part of the remaining 4%? Ensure that your ideate your future – lookout ten years – determine where you will be,  then backcast to assess your path to the future. This disconnects you from the systems of today and connects you to your prospective tomorrow.