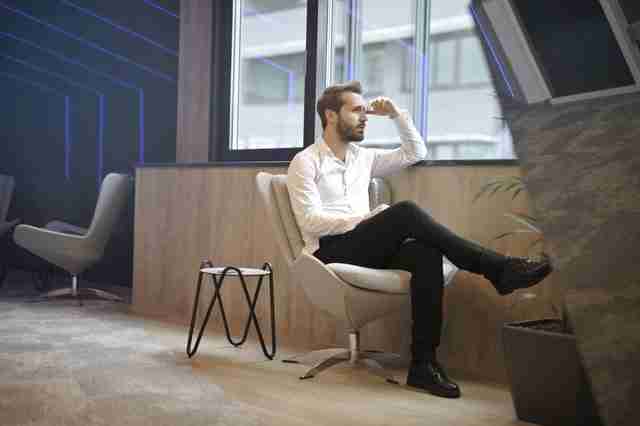 When was the last time that you just took a moment to simply sit and think? I tell you, it’s tough. The urge to whip out your smartphone when not even a moment’s boredom begins, it’s hard. Personally, I think it has something to do with our brains – we are wired to be ultra curious. We want to know things, and we want to communicate. Our brains are a never ending sponge for information and discussion. So much so that we sometimes never devote time to simply thinking.

When I was a kid, I used to imagine that in the future some people would get jobs which were pure thinking. That, like the shift worker, would head to work, punch a clock, then instead of working on some gadget, sweeping a floor, or doing some other type of physical work, they would sit in their office all day, just thinking.

A pure “knowledge worker”. They wouldn’t generate code, software, writing, or anything for that matter. What they would do is simply sit and think. They could sit there, for days on end, just devoting time to thinking. Maybe eventually, and as the insights strike they would write down any ideas which came to them.

These ideas would then be passed on to others who could turn them into something – be it a product or service. Sometimes the ideas would even bigger and broader concepts, then those would be written into papers which are then published. Since I was a kid, I had no idea that think tanks existed just for that purpose.

We used to be able to sit and think. We used to be mini personal think tanks. Some of the greatest inventions sprang out of minds from that era. Since then, since we have practically ended that practice. Some might say that is a good thing – that always on connectedness and access to immediate knowledge actually help in the ideation process – you can instantly validate an idea and determine if it’s worth pursuing.

But what if that idea could have become much better with thought. With pondering. Mulling its pros and cons in your mind, before checking the world. Would that idea maybe have morphed into something else?

I’m just as guilty of immediately checking on an idea the moment I come up with it. I say lets start a new trend. Let’s spend a few minutes, every day, just turning off the devices and sitting and thinking. I’ll give you a pad and pen to jot things down. Just schedule a time, go into a quiet room, and sit and think. I bet you’ll be surprised what comes to you.